Here’s why all the reasons for licensing bikes fail

For those feeling uneasy about the growth of cycling on our city streets, one knee-jerk response always seems to be the suggestion that bicycle licences can somehow fix whatever problems they think exist. I’ve written much about licences in the past, but the issue still gets raised regularly, including in my inbox.

So in response, here are reasons that I think bicycle licensing is a bad idea:

According to some opinion polls (and we know how accurate those are, right U.S. electoral college voters?), the idea of bicycle licensing is a popular one. But when you get a little closer to the issue, their reasons people support the idea vary. Is it to control scofflaw cyclists? Is it to raise money for bike infrastructure? Is it to register bicycles in case of theft?

With so many motivations, it’s difficult to determine which problem licensing is intended to fix. One of them? All of them? Because of that vagueness, proposals often strike me, not so much an argument in favour of licensing, as much as a scattershot attempt at finding some reason, any reason, to limit cycling.

If you feel like licensing can solve a true practical problem, then it’s worth discussing. But if you’re using bike licensing as a vague way of stopping something you don’t like, then your proposed solution is bound to be dumber than the sum of its parts. 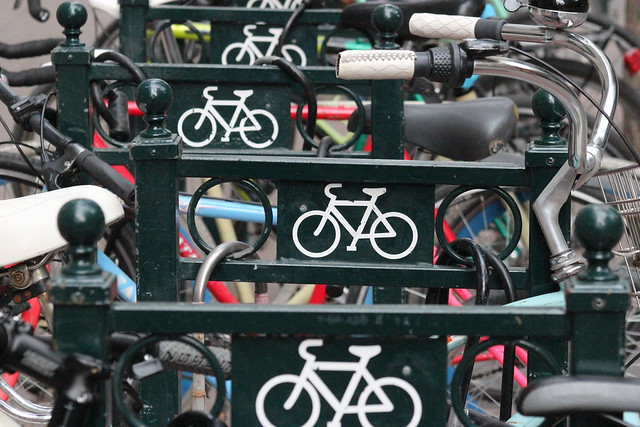 Over the decades, many cities (including my own, which ended back in the 1970s) have tried to licence bicycles, for a number of reasons. Nearly all of them have failed because it’s really difficult to operate a bicycle licensing program properly. It’s logistically challenging, time-consuming and expensive. It tends to fall to police or firefighters to manage it, and they usually have better things to do. It also requires mass buy-in from the public, which has proven impossible in many places. That’s why so few cities do it anymore.

An example: In 2010, San Jose, California abandoned its bike licensing program after decades because it was widely ignored and expensive to manage. “The program doesn’t make enough in fees to cover the cost for busy cops and firefighters to create and maintain a useful license database,” wrote the San Jose Mercury News. It was the same story in Toronto earlier this year when the idea was rejected. As it was in many other cities around the continent who have tried, and then rejected, bike licensing, usually after the requirement was widely ignored by bike-loving citizens.

In theory, it’s possible to operate a successful system (Honolulu has one of the rare systems that seems to actually work, if you don’t count those who ignore the law, and the homeless who see it as a pretense for cops to steal their bikes), but with so many cities trying and failing, it takes a special kind of stubborn to think it will work elsewhere. In other words: It’s been tried, and it’s failed. It’s time to move on.

There are better ways to control cyclists

Some people are understandably angered by cyclists who don’t obey the rules of the road. This is a real problem (caused often, I’d argue, because poor infrastructure gives cyclists few legal and safe options), and there are several ways that it can be deal with, including licensing. But since most cities can’t get their shit together to even operate a proper licencing system, it makes you wonder how effective the system would be in changing cyclist behaviour.

Besides, some cities have already devised a system to improve cyclist behaviour. It’s called bike-friendliness. Visit the world’s great bike cities, and you’ll see how a mix of education, bike infrastructure, and a culture of tolerance and mutual respect on the roads can solve those scofflaw woes.

But if that sounds like too much work, we could try another solution: simply enforcing the laws that already exist to manage the behaviour of all road users, including cyclists.

The idea of requiring cyclists to purchase a licence as a way of generating money to pay for new bike lanes makes intuitive sense. The problem is, it almost never works. As already discussed, the logistics of operating a city-wide bike licensing system are so complicated and expensive, they often cost more than any revenue they might bring in, especially if the licensing fee is low enough to encourage compliance. In fact, some programs end up costing taxpayers money rather than generating it.

On a larger scale, this is a question about user-pay government services. If you really think cyclists ought to pay for infrastructure, beyond the taxes they already pay, that’s a debate worth having (provided user-pay requirements are adopted for all road users, not just cyclists). That, however, is a separate conversation, except in the idea that licensing seems to to be an inefficient system for collecting that user fee. 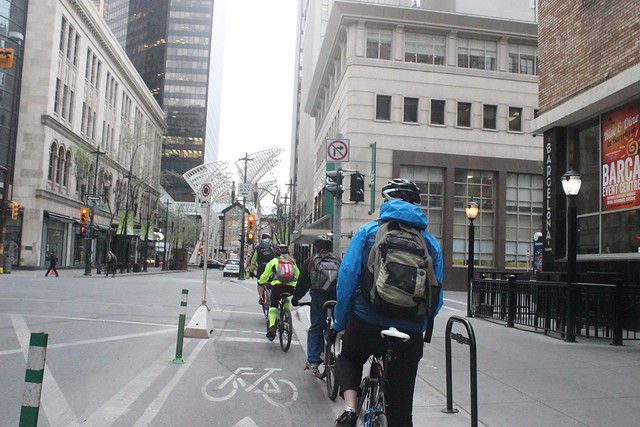 In many cities, bike theft is a problem. A big problem. But licensing doesn’t stop theft, it can only help reunite recovered bikes with their owners. That’s why you should record the serial numbers of your bikes, and report them if your bike is stolen. If you do so, you’ve just eliminated the need for a mandatory bike licensing program.

Beyond the points listed above, my sense is that many of those who support bike licensing do so out of a warped sense of equity. This is the car-equivalency argument: motor vehicle operation requires a licence, therefore bicycle operation should too.

The problem is that bikes and cars are not the same. The reason we, as a society, require licensing and insurance for cars is because of the mind-boggling destructiveness of cars on both our property and our species — motor vehicles cause so much mayhem with such regularity that we require their operators to be tested for their skill, and have the capacity to pay for the destruction they will almost inevitably wreak.

Bikes are not like that, therefore the requirements should be different. Sure, bikes are involved in collisions, but compared to the destructiveness of cars, the damage inflicted by bikes is laughably small. On a personal level, the health benefits of riding a bike probably outweigh the risk, and you might reasonably win an argument saying that bikes offer a net health benefit to society. To think we should more heavily regulate something that benefits society as a whole is stupid. We should regulate things that harm society. Cycling should be encouraged.

To recap: There may be a good argument in favour of bike licences (and I hope you’ll let me know if you have one), but the graveyard of bike licensing is filled with the corpses of well-meaning initiatives that died because of bureaucracy, apathy, mismanagement, misguided notions and all-around stupidity. At some point, it will be time to kill this zombie for good.

Thanks to the helpful tweet below, I adjust the wording of Calgary’s bike-sharing plans to reflect the fact it ended in the 1970s.

@TomBabin "since the 80's" eh? A bitter image for your post. pic.twitter.com/dCylltb6nP

A Gen Xer’s guide to riding a fixed-gear bicycle