If this Russian oil town can become a bike haven, what’s your city’s problem?

Three years ago, you probably had never heard of Almetyevsk, the central Russian city of 150,00 that was founded in 1953 to serve the petroleum industry. I know I hadn’t. But since then, Almetyevsk has become a kind of legend in the bike world by transforming itself into the best bike city in Russia, and one that is probably a hell of a lot more bike-friendly than your city. 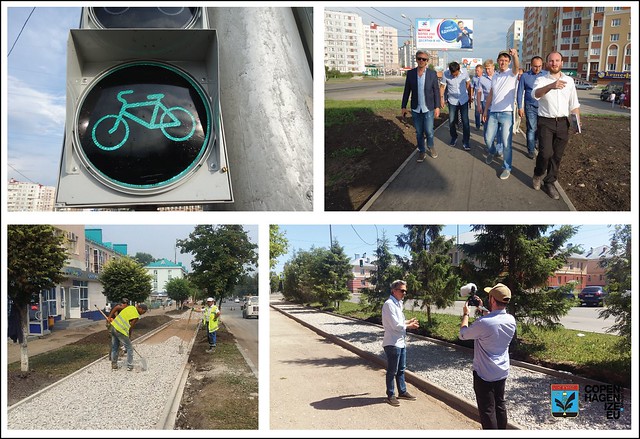 Photos by Copenhagenize showing the transformation of Almetyevsk into a bicycle haven.

Two years ago, the city had basically no bike infrastructure. Today, it has a bike network of 83 kilometres long (with plans for more), much of it separated from cars, cleared of snow in winter, and filled with bike-friendly amenities like footrests and angled garbage bins. And much of it was planned and built within a matter of months, and paid for by Tataneft, the oil company that is the driver of the city’s economy.

It’s a remarkable story that has as much to do with the visoinary young mayor who drove the idea as the unique circumstances around it.

That mayor is Ayrat Khayrullin, a charismatic young politician who sold the idea to Tataneft based on the health benefits of cycling, and then harnessed the force of his personality to push the idea through decades of planning inertia. 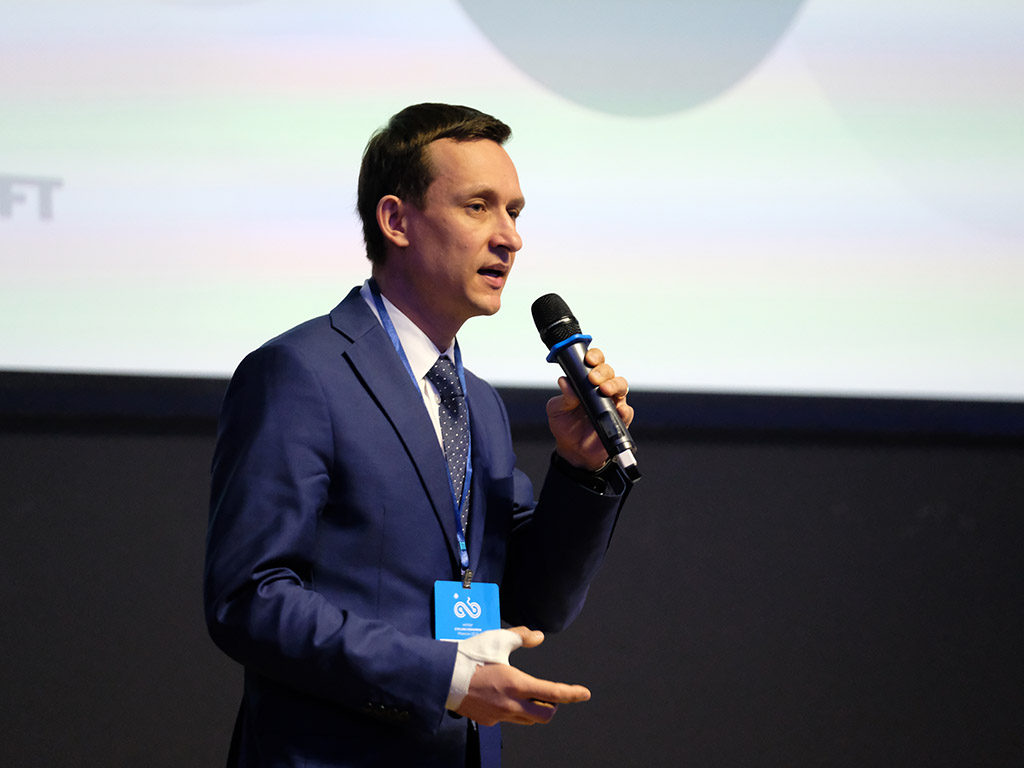 Almetyevsk Mayor Ayrat Khayrullin, speaking about the transformation of his city. Photo by Andrey Burkov.

“I wouldn’t say we have a lot of traffic congestion in Alymtask, but our goal was not congestion,” Khayrullin said during the Winter Cycling Congress in Moscow earlier this year, through a translator. “Tataneft thought that ‘We want all of our employees to be happy and healthy.’ ”

Khayrullin speaks as if reared in Amsterdam. He rattles off statistics about modal share and lane widths and buffer zones like a lifelong urbanist, some of it no doubt picked up from the mantra of Copenhagenize’s Mikael Colville-Andersen, who consulted on the project. “We want a five-year-old to be able to ride safely across the city, and their parents to not be afraid,” Khayrullin said.

It’s an inspiring story for those who have lived through the glacial pace of bike-lane development elsewhere, but the conditions in Almetyevsk are unique, to say the least. Not only was funding provided by an oil giant, Russian cities aren’t quite renowned for their consultations with citizens.

Still, the mayor is already touting health benefits, including reductions in asthma, neurological disorders and mortality (although, to be fair, it feels early for such pronouncements, so take them with a grain of salt). He hopes that seven per cent of people will use bikes to get to work by 2020, a massive increase from the start of the project when that number was essentially zero.

It’s easy to think that such a feat can never be duplicated in a western city, and that may be right. But looked at another way, if an industrial Russian oil town sees the benefits in cycling, what are we waiting for?

Yes, cargo bikes can be expensive, but they can also save you money

An injury ended my bike-riding streak. Until others picked it up for me