Streetfight: Handbook for an Urban Revolution, the new book by Janette Sadik-Khan, offers insight into how the former traffic commissioner of New York City overcame decades of planning inertia to put the city on a path to a more human-centred transportation network by improving walking, cycling and public transit.

While some of her experiences are of limited relevance in places that lack the density and pedestrian/transit traditions of New York, there is much applicable for other cities. Here are a few lessons for other cities looking to refocus their transportation networks away from cars and onto people — on bikes, transit and their own two feet.

Sell it on safety

The environmental benefits of walking and cycling are real, but can be a tough sell thanks to the annoying intractability of what passes for modern environmental debate. Likewise, selling bike lanes on the idea of improving traffic is often a non-starter, not because they don’t, but because arm-chair planners have developed a skin of skepticism so thick it’s impervious to logic and evidence. Touting the increased health benefits of active transportation may be a little more effective because it’s a no-brainer, but if nagging people into being more active was an effective strategy, we’d all be a nation of health nuts by now.

What seemed to tip the scales in favour of cycling in New York under Sadik-Khan was the realized safety benefits. Traffic violence, as she calls it, is so pervasive in modern cities that we barely notice it, but the improvements that came about because of the changes in the city were eye-opening. From Streetfight:

Considering the blase attitude we continue to display about the inevitability of vehicle violence, these numbers can be sobering. 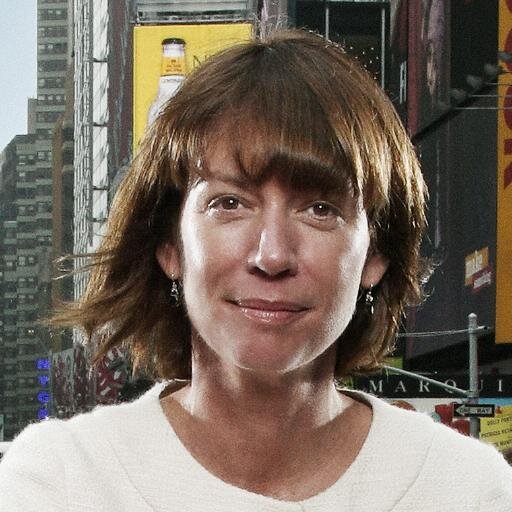 The backlash is inevitable

Not every bike lane project is a good one. Not every street needs a bike lane. But the opposition to even well-planned, well-designed bike routes is eerily similar in every city. New York is no exception, except that everything was magnified.

Sadik-Khan won many of the battles over the streets, but what struck me about her recollections of the debates was their familiarity of the arguments against the lanes, even when such arguments have been disproven in other cities time and again. Opponents said bike lanes would create traffic chaos (they didn’t), they would make the streets more dangerous (they didn’t), they wouldn’t be used (they are), they weren’t justified because the number of cyclists was too low (the number of cyclists grew after lanes were installed), the community wasn’t consulted (one project included 151 public meetings), the city is not Amsterdam and never will be (well, it was once called New Amsterdam, but duh), the city faked the data to justify the project (Sadik-Khan denies this), the bike lane would increase pollution from the exhausts of cars stuck in traffic (data showed traffic actually flowed better on some roads after bike lanes were installed), the bike lane location was arbitrary and wrong (cyclists might disagree), and, not incidentally, bike lanes are ugly (compared to what)?

I’m not saying there is never a good arguments against a bike lane. Bike advocates have a tendency to over promise in their zeal to make their point. The point is that common arguments against bike lanes tend to be ill-informed, wrong and nearly universal. Prepare for them.

Beware of the top-down nature of planning

Like every other book about city building written in the past 50 years, Sadik-Khan evokes the epic battles between grassroots activist (and now urban icon) Jane Jacobs and her nemesis, New York city builder Robert Moses in the 1950s. The lesson most people take from these battles in the importance of giving the community a voice in the way a city evolves. That’s what led to the extensive public consultations whenever city planners do anything except tie their own shoes.

One of the troubling, and ironic, aspects of the modern renewal of pedestrian and cycling infrastructure is how opponents often accuse planners of bullying through projects onto unwelcome citizens. It’s almost a reversal of what Jacobs advocated: high-minded bureaucrats foisting projects onto communities for their own good, all in the name of making the city better for them.

Sadik-Khan makes an interesting counter-argument. She says, in essence, that 60 years of automobile-centric planning has skewed the way planners, politicians and even citizens view their own cities, so it’s difficult for most people to even fathom how to design a street differently than the multi-lane highways that have proliferated since the 1950s. Even if communities aren’t storming city hall demanding a better pedestrian realm, she argues that people are doing just that in their actions, if not always in words.

She recounts dispatching legions of planners to watch the behaviour of people moving through the city. If dozens of people are jaywalking across a specific street, they are, in essence, asking for a better way to cross the road. If cyclists are taking to the sidewalks, it’s because they don’t feel safe riding on the roads and they are, in essence, asking for a bike lane.

She says it’s important to watch for the “desire lines” that people exhibit in their behaviour, and respond to them. That, she argues, is responsive planning, not simply listening to those arguing against every project.

One of the more astonishing aspects of Sadik-Khan’s reign is how quickly she managed to move on projects in a city that seemed intransigent because of the decisions of the past. In only a few years, she managed to build hundreds of kilometres of bike lanes, build new plazas all over the city and pull off projects that once seemed unimaginable, like shutting down parts of Times Square to cars.

Throughout the book, she repeats the mantra that moving quickly and inexpensively to make changes, then assessing them afterward, worked better than the traditional process involving long public consultations and a slow-moving bureaucracy.

I’m not sure this approach is replicable, nor advisable, everywhere. New York’s governance model gave her more power as a commissioner than most city bureaucrats tend to wield. And the risk of moving quickly is alienating neighbours who feel left out of the process.

What might be taken from this experience, however, is the power of bold experimentation. Trying new things as pilot projects, or urban experiments, can loosen opposition and give citizens a more open mind. It can also get projects seen as innovative, or even a little wacky, installed quickly as a trial run, which can lead to more permanent changes later. They key, she says, is to be nimble, keep the costs down and use ingenuity to get the ideas implemented.