There’s a giant urban bicycle experiment happening right now on the streets of Seattle that may change the way everybody gets around. Or it may lead to an epic flop that burns through venture-capital cash and leaves the streets littered with derelict bikes.

Either way, the last month has ushered in a new wave of bike-sharing that has shaken up the still-young industry and will have profound implications for all cities, particularly the few remaining North America ones that have yet to embrace a bike-sharing program.

This experiment began earlier this summer from the ashes of Seattle’s failed municipal bike-sharing program called Pronto. Pronto was similar to other, traditional bike-shares you see in most cities these days: docks that held bikes were placed on city streets for use by members for short-term rides, similar to Montreal’s pioneering Bixi program and New York’s massive and successful Citibike. 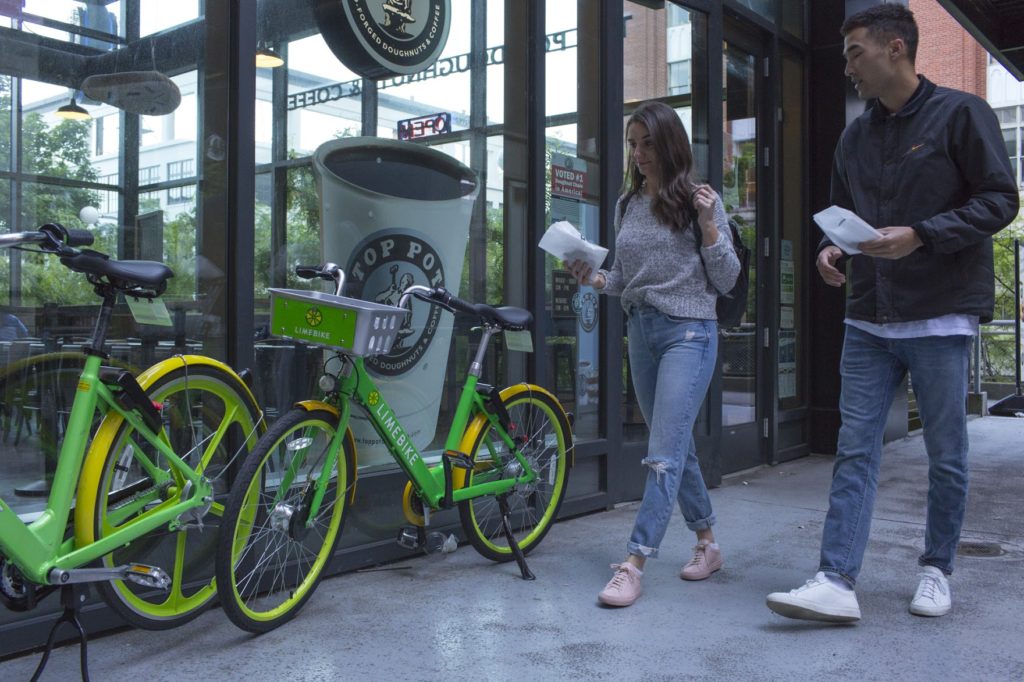 LimeBike has, so far, avoided some of the problems that have plagued dockless bike-share systems in China. Photo by LimeBike.

The problem was, in Seattle, the system never really caught on. The city failed to commit enough docking stations and bikes necessary to make the system convenient and easy to use, and government infighting doomed it.

When the city shuttered the program in March, however, it opened the door to something new. It started issuing permits to a raft of new companies boasting they had a new formula to make bike sharing work where the city had failed.

Within weeks, three companies — called Spin, LimeBike and Chinese company Ofo (each with bikes brightly painted in their own distinctive colours) — had flooded the streets with thousands of bikes using new technology some are calling bike-share 2.0, or more lazily, Uber for bikes.

There are some key differences to these new programs that those older ones you’ve probably used before. First, they are known as dockless systems, meaning the bikes are equipped with smartphone-enabled locks and GPS, so bikes can be left on the streets and picked up by new riders almost anywhere, without the need to park them in docking stations. 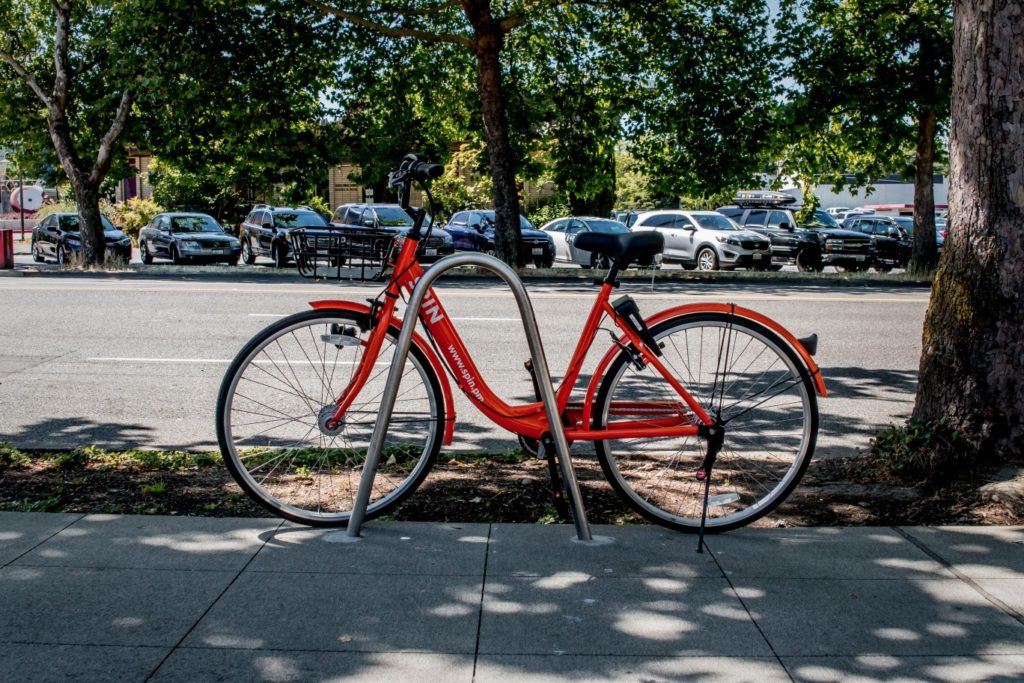 With three competing privately run bike-share systems in Seattle, including Spin, questions about their long-term viability are legit. Photo by Spin.

And perhaps more importantly, they are privately run. With a few notable exceptions, most North-American bike-share programs are operated with at least some government money. In Seattle, however, all three companies, flush with venture-capital money and the tech-industry hubris that comes with it, are using Seattle as a testing ground of new privately-funded systems they hope can challenge the traditional bike-share model elsewhere.

Despite some techie buzz around the dockless system, there are risks. In some Chinese cities, thousands of bikes were poured onto city streets which, without proper management, led to mass vandalism, bikes being parked illegally and some already infamous incidents of hundreds of bikes being dumped. It’s even prompted some soul-searching about the nature of the Chinese character.

So far, Seattle has largely avoided such mass problems, according to Seattle bike blogger Tom Fucoloro. For the most part, users seem to be following the rules about parking the bikes, he told me.

“With any system where you have lots of users, there are going to be some people who don’t follow the rules,” Fucoloro said. “The vast majority of people are parking them really well. It’s just vandals. A couple thrown off of overpasses. For the most part, it’s working really well.” 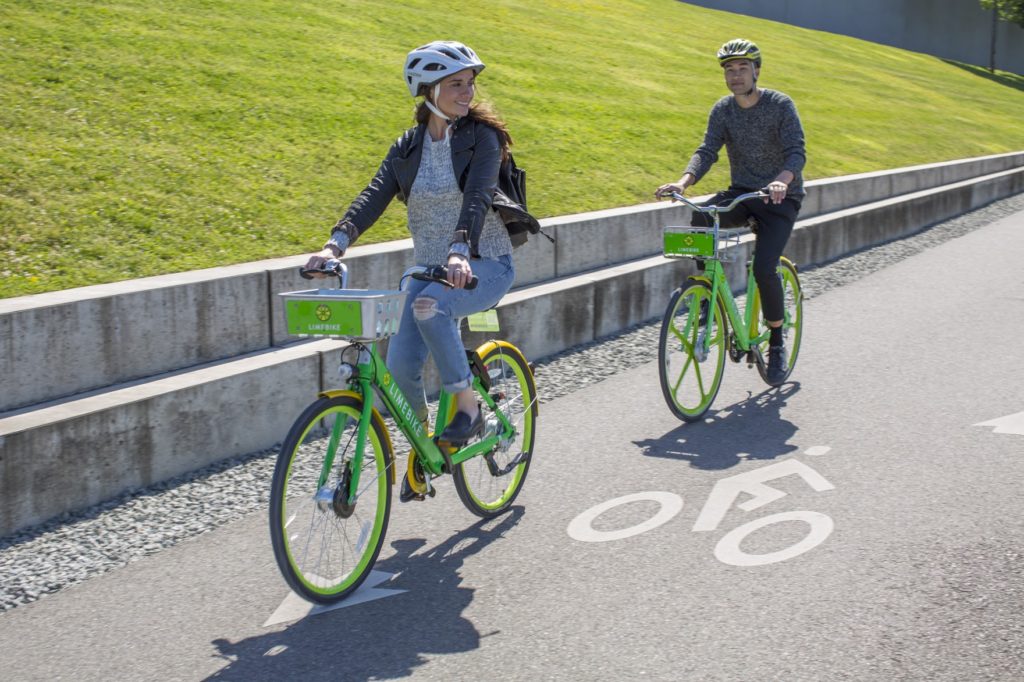 LimeBike is one of the bike-sharing companies that is now competing in Seattle. Photo by LimeBike.

In fact, far from just avoiding problems, Fucoloro says the new system is thriving. Within only a couple of weeks, data showed that the dockless bikes were being more heavily used than the old Pronto bikes ever were. Fucoloro says that’s because the new bikes are meeting the most basic needs of a successful bike-share system in ways the old system wasn’t: bikes are where you need them, when you need them.

Still, there are skeptics out there. Traditional bike-share companies are warily eyeing the new startups, not only as a source of competition, but to see if these flashy upstarts are committed in the long run. Operating a successful bike-share system requires much more than simply pouring bikes onto streets. There’s a huge amount of management that’s needed: bikes need to be moved around to places of need, broken bikes need to be attended to, technology needs to be maintained.

Madeline Kaye of Motivate, the company that operates several bike-share systems around the world, including North America’s biggest in New York, told me that working closely with city managers is a big part of the company’s success. 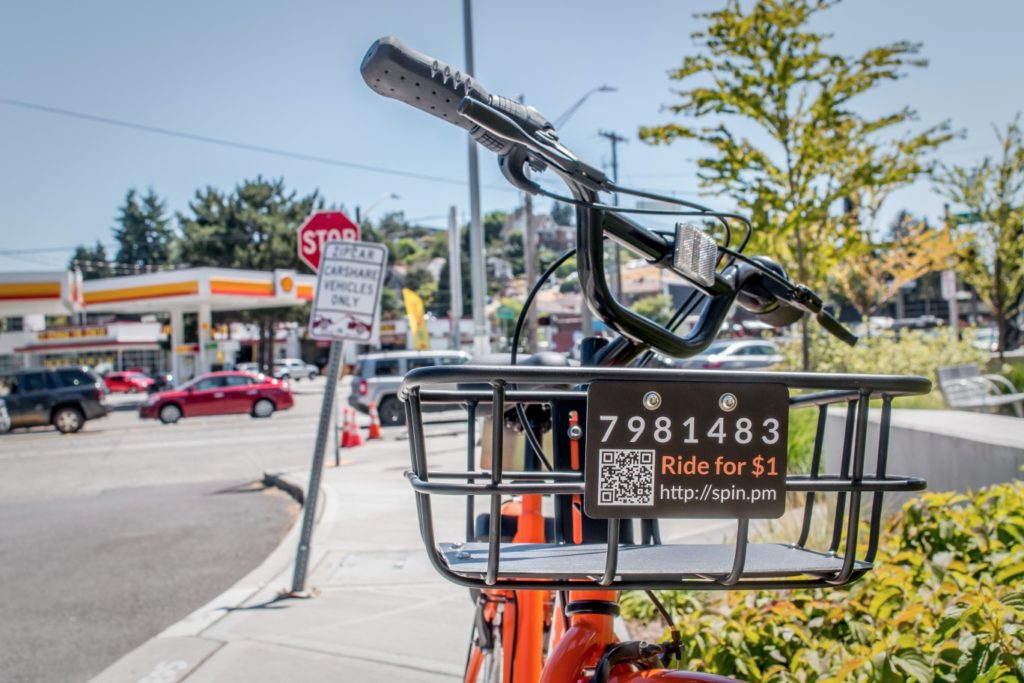 Spin is a dockless bike-sharing system that offers rides for $1 in Seattle. Photo by Spin.

She’s not wrong. There’s a formula to running a bike share properly. In the past several weeks, I’ve used bike-sharing systems in Vancouver, Ottawa and Montreal, and the latter was miles better than the others. The secret to Montreal’s success is simple: The were enough bikes and docking stations at the right place at the right time to make it convenient, the smartphone app was good, and the system was affordable. The other systems failed on one or all counts.

There’s no guarantee yet these new companies can keep the system running in the long run, especially at the rock-bottom prices that are currently being offered to entice new users in Seattle ($1 per ride, in some cases). 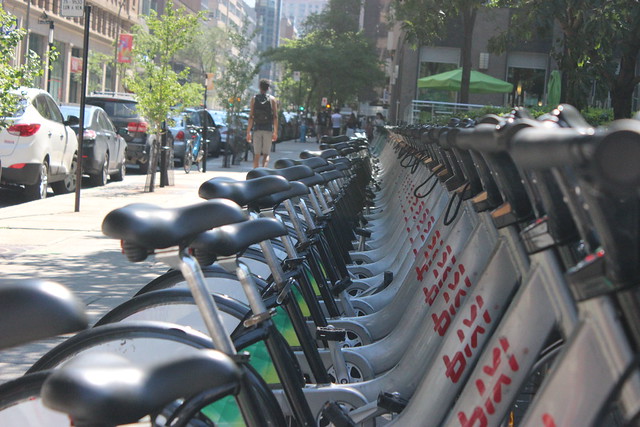 Montreal’s Bixi program works, like other successful bike-sharing systems, partly because of the behind-the-scenes work to keep bikes in places where they are needed. Photo by Tom Babin.

Fucoloro agrees, and says he’s maintaining a healthy dose of skepticism in the back of his mind. In the front of it, however, he’s revelling in the buzz the new systems have brought to cycling in Seattle.

“As someone who has been active in bicycle activism for a while, often feels that you are the underdog or bikes are an afterthought,” he said. “Here we have some big-money investment betting there are a lot of potential bike rides not being made, and these companies think it’s a matter of convenience. If they can provide bikes that are convenient to use at a price that is extremely competitive … that’s not just good for Seattle, it’s good for the world.”

There’s another matter to consider: I’m writing this from Calgary, which shares the dubious distinction of being one of the few major cities in North America that don’t have a permanent bike-share program of some kind in place. Now, thanks to Seattle, perhaps all those years of foot-dragging may pay off.