This is how you stage a winter bike party

Then here’s some lessons for you, courtesy of the Lune D’Hiver, or Winter Moon ride, staged this week in Montreal by Velo Quebec. I was invited to take part in the event, and came away with a few ideas from a city that excels at hosting mass bike parties. Here are a few. 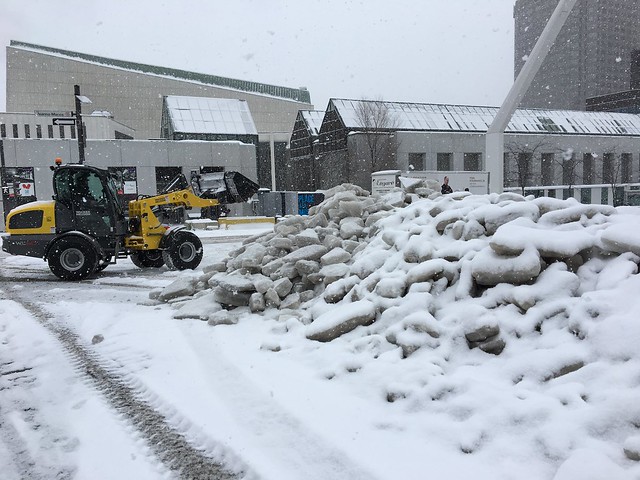 Those massive fields of ice aren’t going to clear themselves.

Sure, you could just throw a bunch of people onto the streets with their bikes and have a ball. Or you could get serious and close streets, encourage people of all types to take part, advertise weeks in advance and, most importantly, make sure the streets are cleared of snow and ice.

Granted, Montreal has its share of problems when it comes to plowing, but after a week of snow and ice storms, look at the mess city workers had to clear early in the day to prepare for Lune D’Hiver. Your city has no excuse.

If it’s winter, and it’s night, you need lights. Encourage participants to light up the night, with their bodies and bikes. This sweet number was just the loaner I was given for the event, and even it was blinking like a kid at the optometrist. Other participants had their entire bikes bedecked as rolling beacons of light. 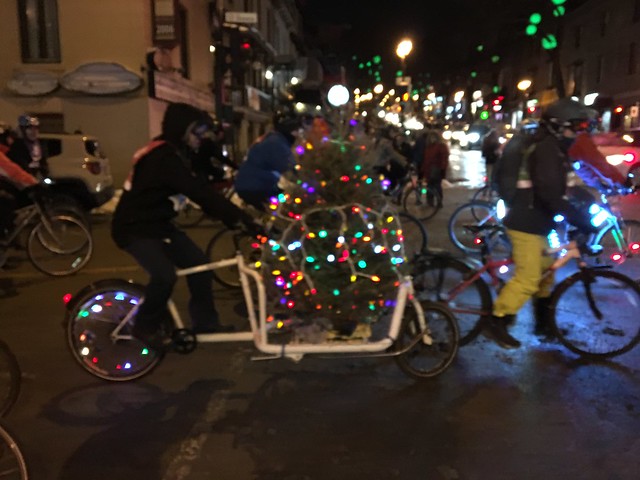 Lesson 3: Invite all kinds of people

The last thing you want at a winter-bike event is to have in comprised completely of a bunch of people who fit the stereotype of a winter cyclist: young(ish), athletic(ish) men who define themselves as winter cyclists. In other words: dudes like me. Nobody wants that.

To make your event a success, make sure you get everybody else to take part: Young, old, children, the elderly. All genders and colours. Diversity is the key to a good event, and to a healthy population of winter cyclists.

Lesson 4: Make sure the die-hards are out in force.

OK, now that Lesson 3 is out of the way, don’t forget to appeal to those die-hards who have pioneering winter cycling for years, and who rode without the benefit of things like bike lanes, snow removal and fun mass rides. Guys like my new friend Claude. These guys rule. 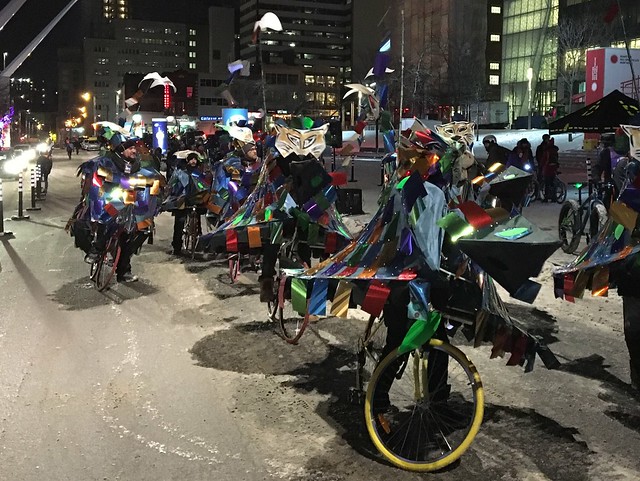 Because you can’t have a fun event if its organized by a bunch of urban planners and traffic engineers. 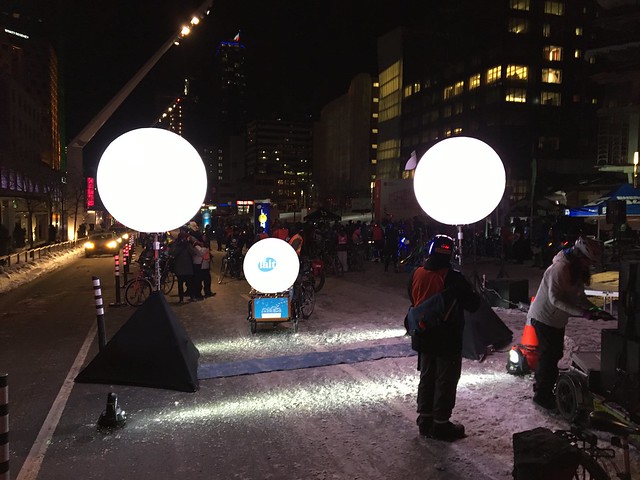 Lesson 5: Make sure the after-party is good.

I know it’s asking a lot to plan your event so that it ends at an outdoor electronic music festival that is beloved by citizens, draws thousands of people, most of whom are young, attractive and dressed as if going to a rave in Reykjavik, offers warm drinks (and drinks to warm you), food trucks, light shows, an ice bar and more. Like Montreal’s Igloofest. But you could try. 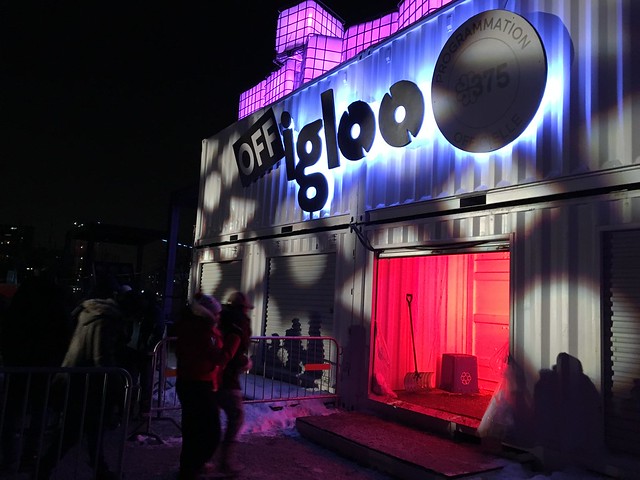 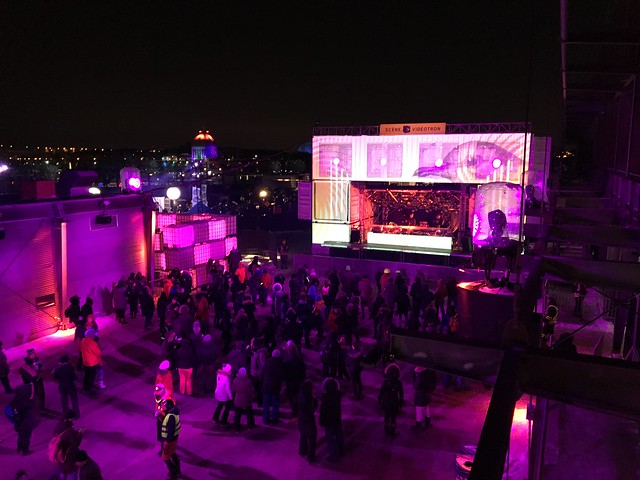 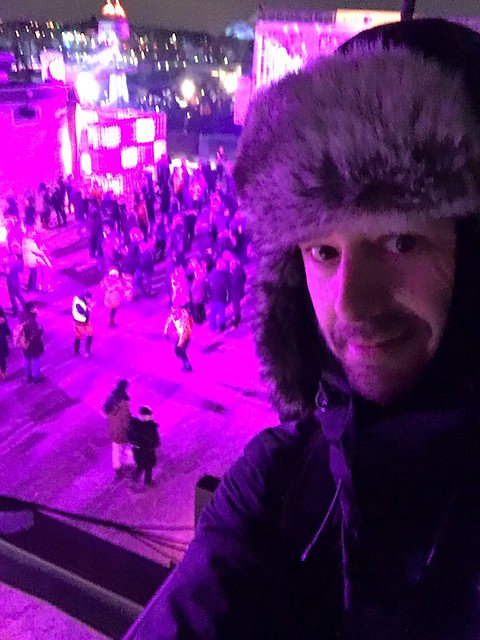