How to make a left turn on a bike 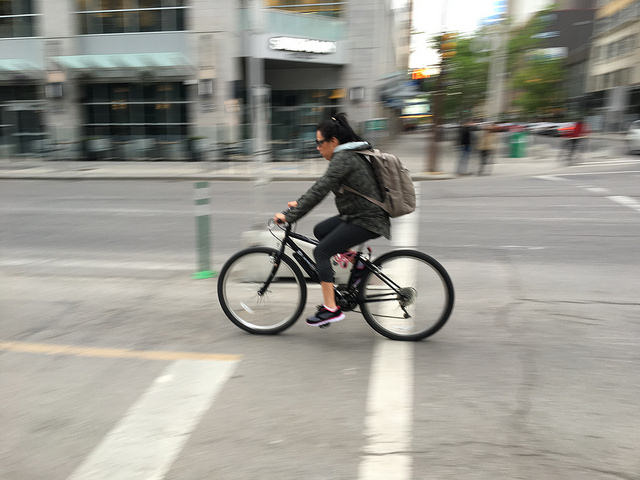 Turning left on a busy road is the most difficult thing you’ll do on a bike. Photo by Toom Babin.

A few years ago, the New York Times reported on a new idea that delivery company UPS came up with to save time and fuel while delivering cargo in busy cities. It was so simple that it seemed almost too dumb to be true, yet the company insisted that it was already paying dividends: Stop making left turns.

Rather than staying stuck in the middle of an intersection awaiting a gap in traffic in order to turn left, drivers were instructed to instead take right turns only. That would send them around the block in the opposite direction, until they reached the destination. The company found this was faster and more efficient than the more direct route via left-turns.

Considering that making a left turn in busy traffic is one of the most harrowing and difficult things a cyclist can do, that UPS idea isn’t a bad one for cyclists too. It may add to your mileage, but you’ll avoid that terrifying moment when you are straddling your bike in the middle of a busy intersection, with traffic zooming by in two directions, awaiting a gap in traffic while an impatient motorist tailgates you needlessly just to assert their dominance.

You’re not buying it, are you? As logical as that UPS advice sounds, you’re thinking that, eventually, you’re going to have to make a left turn. And you’re probably right. So you best start practicing now.

There are two challenges with making a left turn. First is the lead-up. To properly execute a left turn, you need to get your bike in a position to do so. That means getting into the left lane. On a single lane with light traffic, this isn’t such a problem. Just await a gap, signal your intentions and move into position.

But what if the road has two lanes, and you are currently minding your business over in the far right lane where it’s safe and comfortable? That means you need to cross two lanes to get where you need to be, and that ain’t easy on a busy road. This is where those vehicular cycling lessons come in. Vehicular cycling – the philosophy of riding a bike in the same manner as you’d drive an automobile – has fallen out of favour, for good reason: it didn’t work on a mass scale because it’s terrifying to most people. But in the moment when you need to cross two lanes of busy traffic is the time to invoke its principles. Be bold! Be assertive! Be confident! Hold your left arm out straight to signal your intentions, wait until it’s safe and change lanes. Never mind the screaming of self-preservation going on in your reptilian brain because you’re cutting into a lane of fast-moving traffic – vehicular cycling means claiming your lawful place on the road, and expecting other road users to do the same. There, you did it! But you still have another lane to get to, so do it again. Still alive? Great work!

The second challenge of making a left turn is executing the final turn. Again, this is where you channel your inner John Forester and be bold – roll into the middle of the intersection, just as you would in a car, and pedal swiftly to make your turn when it’s safe. Try to ignore the fact that you are a baby bird in a stream of crocodiles. Uncertainty at this moment is dangerous. Confidence is what you need!

Congratulations. You made your left turn. Now that you have a moment to ponder your mortality, consider the place of effective bike infrastructure in it. Enter: the Copenhagen left. This is a concept from the great bike city that creates a completely different left-turning experience than what you just survived. In a city full of safe, separated bike lanes, a left turn has been developed that is safer and saner. Here’s how it works: 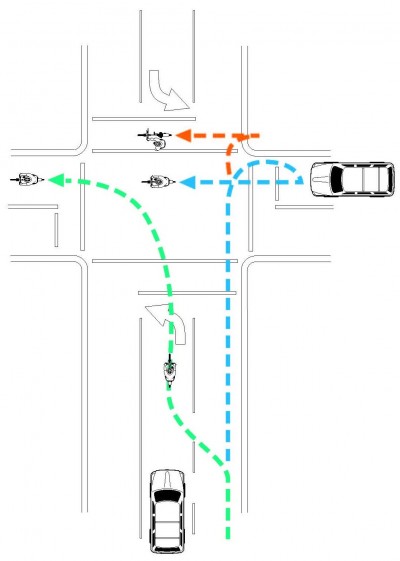 Three ways of executing a left turn. The one labeled in blue is an example of the Copenhagen left. Illustration is from the Cascade Bicycle Club.

You are rolling down a dedicated Copenhagen bike route safely separated from moving automobiles in a stream of fellow cyclists who, like you, look effortlessly chic while pedaling quickly with a coffee in one hand, a cigarette in the other and nonchalantly chatting on ear buds. You approach the intersection, you know making a left turn will be difficult because you’d be holding up the stream of bike traffic behind you when encounter a tiny off-ramp to the right that removes you from the flow of traffic, swings you around and stops you at a red light facing the direction you want to turn. The light turns green, and off you go, having successfully made your left turn without taking your life in your hands.

This is the Copenhagen left, and it’s one of the reasons why so many people in the city ride bikes. It’s safe, intuitive and easy. No special skills needed. Maybe it’s time your city started using these. 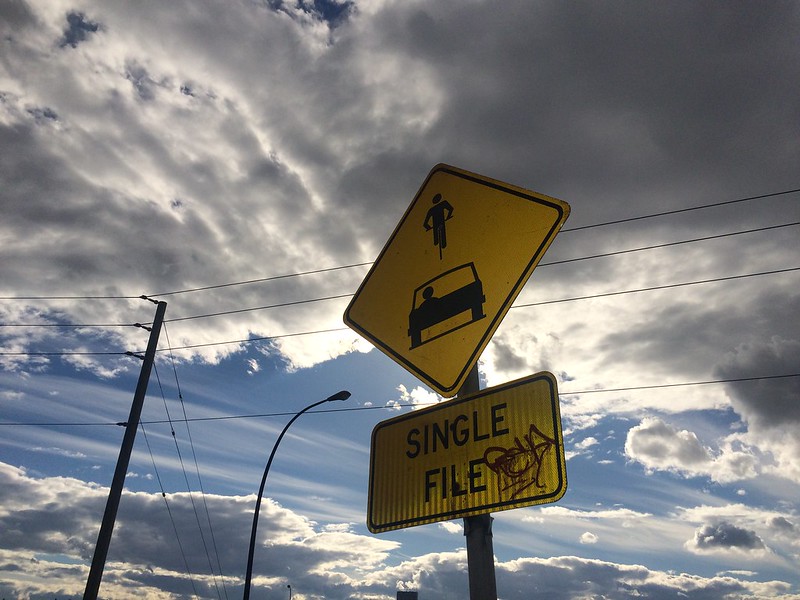 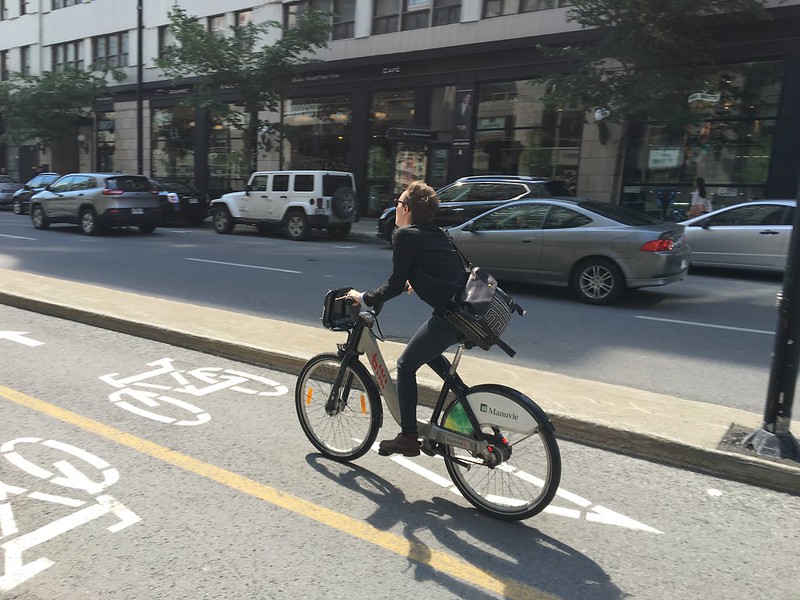 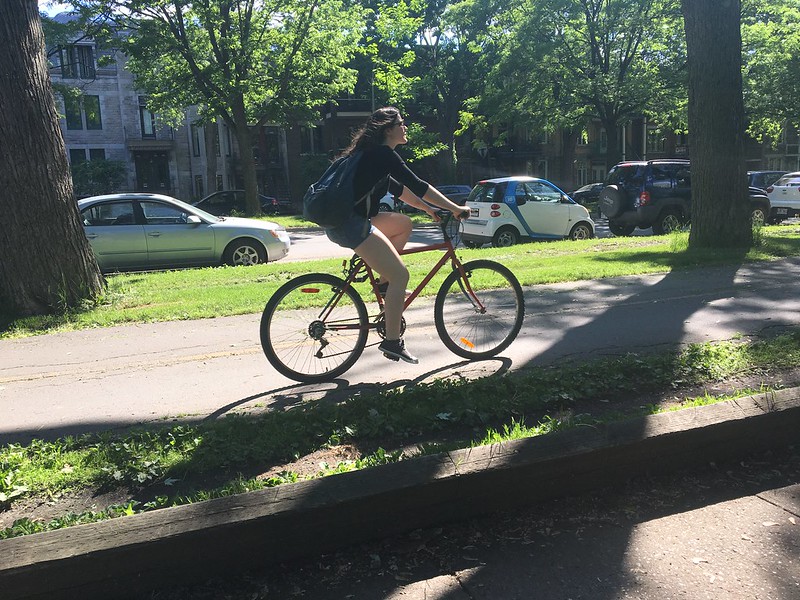