On my bicycle commute to work, I cross the river on an old iron bridge. During certain times of the year, after the ice has melted but before the spring runoff has muddied the water with sediment, when the light enters the water just right, I can see the floor of the river. There, resting forlornly at the bottom, is a bicycle. I can’t make out much detail beneath the water like that, but it looks like an old mountain bike. Nothing fancy, probably a 12-speed, or maybe 15, one of those default models that North Americans buy because they imagine themselves riding off-road like in the magazines but rarely do. This one, I imagine, spent most of its life being pedaled down pathways on Sundays before it ended up being indignantly tossed in the river. There it lies now, an alien in an underwater world.

Seeing a bike like this always makes me feel a little melancholic. Bicycles are nothing but tools for us, mass-produced items we use for a specific function. But somehow, they become more than that. Unlike, say, a hammer or a microwave oven, bicycles work themselves into our consciousness more than most of our tools. Perhaps it’s our reliance on them that builds that connection. They get us to our destinations. They keep us fit. They provide joy and recreation. They become companions and trusted friends. That’s why, I think, we react so strongly to images and stories of bicycle theft and vandalism, like that bike resting at the bottom of the river. 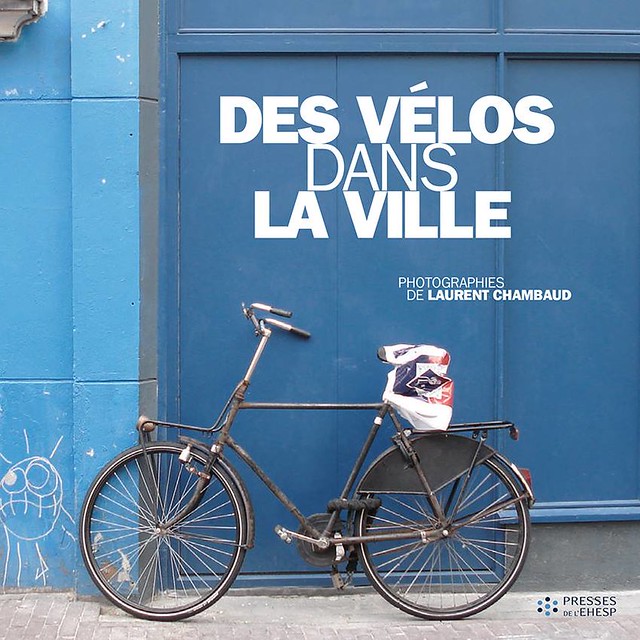 Stories like this: In 2008, Toronto police tracked a bicycle thief to a cluttered local repair shop, where the store’s owner purchased the stolen item. They arrested the owner for dealing in stolen goods and unwittingly uncovered a massive and long-running bike theft ring spearheaded by a charismatic conspiracy theorist named Igor Kent. Police eventually recovered more than 3,000 stolen bikes stashed in all manner of repair around the city. What so outraged the city about the crime was its brazenness and the indifference of the police to it. Torontonians seethed over the incident, as if Kenk had come to embody the frustration of every bike theft, every bit of bike vandalism and all those years of police inertia. And yet, Kenk emerged as a somewhat sympathetic character. He even tried to reclaim the stolen goods from police upon his release from incarceration, saying he cared about the bikes more than anyone.

Both sides of this bizarre tale illustrate the special relationship we have with bicycles. For victims, such thefts feel intensely personal, like being robbed of a reliable friend. For the perpetrator, it’s difficult to imagine another device driving such emotional delusions and feelings of misplaced attachment and responsibility.  Driving both emotions, I think, beyond the simple economics of bike theft, is the communal nature of cycling. In most cities these days, to ride a bike makes you part of a club. Riding in a city breeds a kind of fellowship with others on bikes, a feeling that is both welcoming and exclusive. So when that fraternity is broken by theft or vandalism, the sense of betrayal can cut deeply. That’s why seeing those fragments of bikes scattered throughout the city instills such emotions: So many of us have felt the sting of bewilderment and betrayal that comes with bike theft and vandalism.

Yet, as much as our emotions fight the notion, bikes remain commodities. They are products that break and are discarded. They are stolen and stripped and resold. They are vandalized and tossed into rivers. No matter how much we love them, bikes can disappear at any time, so they are never really ours. We are only their stewards. They truly belong to the city. Bikes are part of a city as much as sidewalks and lampposts. Walk the streets and you’ll see the remnants of this relationship. Wheel-less frames still locked to racks. Old wheels rusting away in back alleys. Forgotten machines, stripped of saddles, shivering under blankets of snow. We may buy bikes, and act like we own them, but eventually they’ll be absorbed by the city. 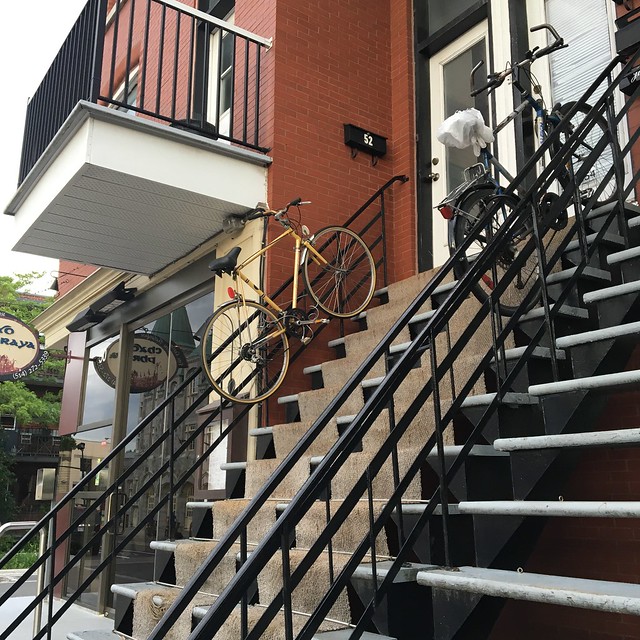 But this isn’t something to lament. This is what makes bicycles such a perfect part of life in the city. There’s an ecosystem at play, and bicycles are part it. The machines may break down, or be picked apart or abandoned, but they can always be reclaimed. Unlike most of the tools in our life these days, from mobile phones to electric cars, bikes remain the beautifully simple mechanical devices they’ve been for 100 years, which means we can understand them. We can tinker. With a few simple tools, they can be taken apart, adjusted, and put back into action by just about anyone. That old frame may look like it’s rusting away, but all it needs is a wrench to bring it back to life.

So that feeling that wells inside of me when I see that bike at the bottom of the river isn’t only loneliness. More importantly, it’s a reaction to the wasted potential of that machine, its removal from the patterns of life of the city. But that’s easy to fix. Someone just has to pull it from the river, fix it up, and take it for one more ride.

This is a translated excerpt from Des Velos Dans La Ville, a French-language photo book featuring the work of Laurent Chambaud and several writers, including the author of this post, Tom Babin. This except is copyrighted by Presses de l’EHESP, and reprinted with permission. You should buy the book! It’s available here.