It’s been a long, cold winter for many of us, so it felt like the perfect time to add a little bicycle fun to the world.

The challenge: Build a bike that will smoothly roll over ice.

The result: Success! Mostly. Check out the video to see more.

As a rootless, tribeless and bike-agnostic cyclist, I ride anything with two wheels. My daily rides can range from fast road bikes when I’m looking for a workout, to a city cruiser when I’m on a slow roll to the pub. But I’ve often wondered which method was best for my commute to work.

So I decided to test three methods to compare:

2. A fast road bike, ridden as quickly as possible on the most direct route, no matter how much traffic I might confront or how much of a asshole I might be while on the road.

3. A mountain bike, ridden in the most direct route possible, whether a road exists or not.

I tracked each ride on the app Strava, and took note of a few more subjective measurements. Here are the results: 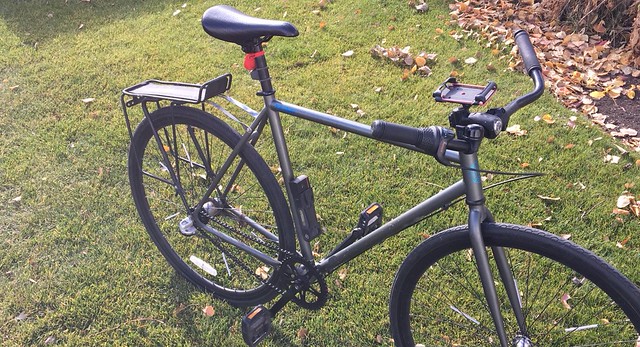 My city bike: comfortable, sure and steady.

Description: It was an easy and relaxing ride that felt safe. I arrived at work feeling energized, but not worn out. And best of all: no shower required once I arrived at the office. 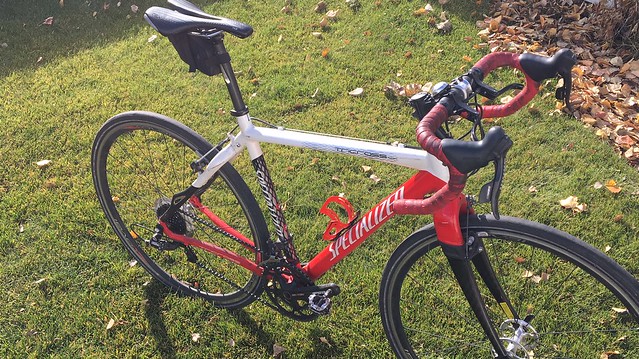 Technically a cyclocross bike, this ride is light, fast and gets around quickly.

Distance: 7.4 kilometres (I took the most direct roads possible, no matter the traffic volume)

Description: It was a fast, aggressive ride, and it felt that way. Being alongside rows of traffic for most of the ride doesn’t make for the most relaxing experience, especially when you need to cut across those lanes of traffic to make a left turn. And since I was channeling the stereotypical asshole cyclist, I took stop signs more like suggestions, which undoubtedly annoyed others on the street. I arrived sweaty, buzzing and a little harried. 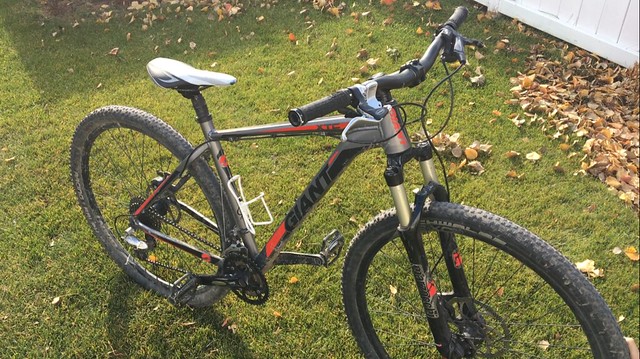 This hard-tail mountain bike is a dream on single-track.

Distance: 7.9 kilometres (I thought cutting through green spaces would save distance, but it didn’t really, partly because my navigation was bad. Who knew roads were actually direct and efficient?!)

Description: While it was fun finding single-track through urban parks, this was by far the most work. I arrived sopping and wheezing. This proved what you probably already knew: Getting around in a city works best on roads that were built for exactly that.

Sorry for the disappointment, but this didn’t really clear anything up for me. I still see myself using both the slow city bike and the fast road bike at times (the mountain bike, well, I’ll save that for the mountains). My advice: Choose your favourite style and enjoy every minute of it.