Can a cargo bike fit your urban life? Maybe this one can. Plus, it’s electric!

True cargo bikes are amazing. They can haul just about anything, including furniture, children and that Tinder date you just swiped on. But their size can sometimes be limiting for those living smaller urban lifestyles. That’s why I wanted to try out this bike, the Tern GSD S00, a kind of smaller and more portable cargo bike. With features of a folding bike and a great Bosch electric pedal-assist motor, this is a pedelec that may just fit an urban life.

Also check out Power in Motion. This Calgary company loaned me this bike, and they do the most amazing overviews of all their bikes on YouTube. Great info (and they make amazing heated clothing too, for you winter riders).

When does a bicycle become a motorcycle?

I was asking myself that question after last week’s post, when I about my city’s new Lime e-bike sharing system, including a minor rant about Alberta’s antiquated legislation that treats e-bikes the same as motorcycles. Some people reacted to the post with surprise, asserting that if a bike has a motor then it should be treated as a motorcycle. Duh.

That struck me as argument, but only if you know nothing about modern pedal-assist e-bikes. So this week’s video is for those people. If you have any knowledge of a modern pedelec, or pedal-assist e-bike, and, as such, realize they are very different than motorcycles, then you should spend the next four minutes of your life doing something else. Come back later for another topic.

If, however, your impression of e-bikes begins and ends with 1960s mopeds and you’re confused by this whole “pedelec” thing, this video is for you.

Why are two icons of the Canadian automobile industry pouring resources into the creation of a electric bicycle being sold around the world?

For Frank Stronach and Fred Gingl, two Canadians who powered Magna into one of the world’s strongest auto-parts companies, the answer is simple: The future.

In the late 2000s, the pair, through Magna, purchased BionX and honed the company’s electric-bike-drive system. The system, which is integrated into the bike’s rear wheel and is powered by a battery affixed to the frame, offers an electric assist to the pedaling rider, and can now be found on e-bikes all over the world.

But in late 2016, the pair took the idea further in the form of a complete bike. The Elby is a high-end integrated e-bike that Gingl has high hopes for, not just as a business venture, but in helping push a fundamental change in our transportation system. 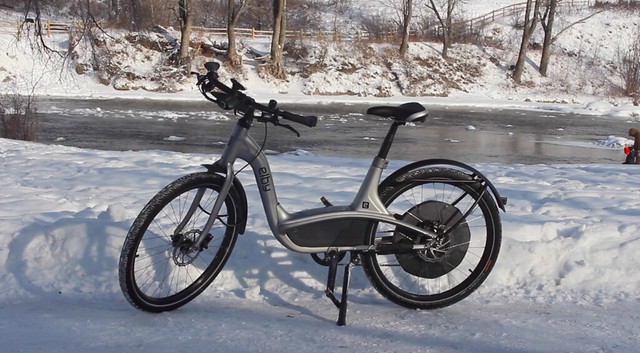 “I’ve always wanted to change how we get around, even from my early days in the automotive industry,” Gingl wrote to me in an email. “The bike is an inherently efficient mobility solution with so many health benefits for the individual, not to mention the way it eases traffic congestion and abates pollution for us all.

“It’s been tried and true for over 100 years, but if we could work to build a bike with an adaptable, regenerative drive system, we could make it a convenient option for everyone, not just an efficient option. And if we can make it convenient, we can really change how we move from point A to point B.”

That ambition is obvious in the Elby. I’ve ridden e-bikes before, but none feel as complete. The machine feels like it was designed from scratch as an electric model, not a traditional bike supplemented with a motor.

Still, the big question remains: Will the Elby be the model that breaks through the North American market? E-bikes are already ubiquitous in China, and they are quickly being adopted in some European markets, after years of skepticism there. But in North America, reaction to the promise of e-bikes has always been an enthusiastic “meh.” Sales are on the rise, but they remain small.

The bike sure nails one of the requirements for North American tastes: Tech. Comparing the Elby to other brands is a bit like comparing an iPhone to an old Blackberry. When the Velofix mechanic who showed me the bike — the mobile bike shop has a deal to deliver and service Elbys — called it the “Tesla of e-bikes,” he wasn’t far off.

Gadgetry flows through nearly every part of the bike. Most importantly is the electric-assist motor. You can set it to four levels, depending on how much help you need. It also includes a throttle for those times when you’re feeling especially lazy. The motor tops out at about 30 km/h, to ensure it remains a bicycle in the eyes of the law in many jurisdictions.

The Elby also has a a mode that regenerates power from the back wheel to charge the battery, not dissimilar to an hybrid car. When descending a hill, tap it into regenerative mode to give the battery a jolt. 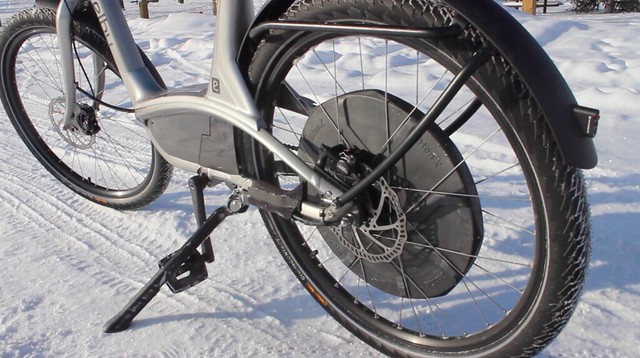 It’s powered by an on-board computer that can even be swapped out for your smartphone with a Bluetooth app that includes turn-by-turn navigation. That includes a USB port so you can charge your phone while you ride.

All that is pretty cool, but it’s all a bit secondary to the important part of any bike: How it gets you around.

On this, I found the Elby performs very well too. The 500 watt motor and range of 90 miles (144 kilometres) is bigger than most e-bikes, but I find this stat to be a bit of a non-starter. If you’re riding 150 kilometres in one go, kudos to you, but most commuters won’t go a fraction of that distance in a given trip. So in practice, that range means, basically, you need to plug it in for recharging less frequently.

With wide tires and nice stiff aluminum frame, the bike rides well, and it’s certainly an attention grabber. I had a few people cast a sideways glance at the step-through frame, but I like the design. Step-throughs are comfortable, easy to ride and criminally overlooked in North America. By building the hefty lithium-ion battery into the bottom of the frame, the Elby has a low centre of gravity that feels almost supernaturally stable (don’t test that too much, please).

Elby trumpets the toughness of the bikes, saying it was designed for all weather conditions. I certainly tested those claims, having given the bike a test through several weeks of the harshest winter we’ve faced in years. All in all, the bike held up well. The stable design and wide tires did well on ice roads and the snirt (for you sun-belters, that’s a slippery mixture of snow and dirt), and the pedal-assist certainly came in handy when plowing through small drifts of snow.

After years of having smartphones die in my pocket during -20 C commutes, I didn’t hold out much hope that the Elby’s battery would fare well in the cold, but it did surprisingly well. I certainly noticed a decline in longevity of the battery in such cold weather, but it never stranded me to pedal a 55-pound machine uphill all the way home without a little help. In fact, I came to reply on the pedal-assist so much that I had to start dressing warmer for my commutes, because I could no longer rely on my usual pedaling pace to warm my body from the inside. 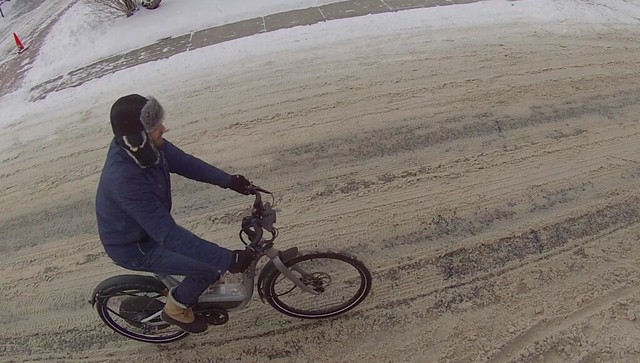 Back to that big question: Will the Elby be the model that finally drags e-bikes in the mainstream? Perhaps, but it first needs to overcome a problem of value.

I don’t mean price. In a world of $10,000 carbon-fibre full-suspension mountain bikes, The 9-speed Elby’s $3,700 US price tag isn’t astronomical, especially among e-bikes, but it’s a lot to expect in a culture that doesn’t value utility bikes enough. That’s the cultural problem that needs to be overcome.

Part of that will be identifying those who can benefit most from e-bikes. It’s become a bit of a cliche to say e-bikes are a boon for older riders who have lost a step, but it’s true. It’s also true that e-bikes are ultra-practical, especially for commuters. And trips to the grocery store are a breeze with a good set of panniers. 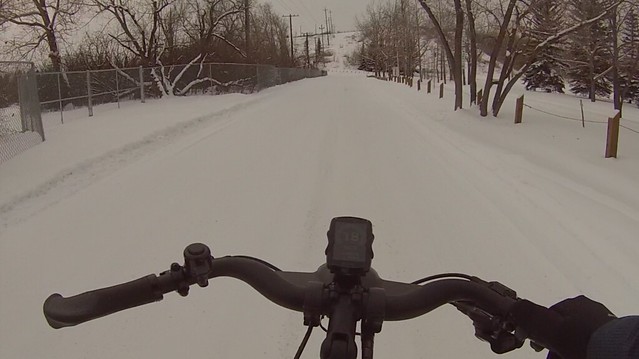 This is the perfect time for e-bikes, which have been called the most environmentally friendly motorized machines ever devised. There’s a gap in most North American cities right now: As bike infrastructure is slowly built out, there are still long distances that many commuters must overcome to reach those bike lanes. The Elby can fill that gap.

“People have a greater understanding of the role technology can play in improving the quality of their lives, their communities, and the wider world. We’re aware of our impacts and want to be responsible with them, while also enjoying ourselves,” Gingl gold me.

“Elby’s the perfect solution for someone like that. Now all we need is safer commuting infrastructure to keep up with the abundance of electric vehicles that are about to hit the market.”