How athletic cyclists can ride for transportation

Seriously, this is a real idea, but don’t stop reading yet. Since the recommendation came out of the Netherlands, where they know a thing or two about biking, it’s worth a closer look.

It wasn’t exactly “men’s” bikes that were targetted, rather bikes with a crossbar — that horizontal rod that joins the seatpost to the headtube on a traditional double-triangle bike frame. Classic Dutch bikes ridden by many men feature have a crossbar, like this. 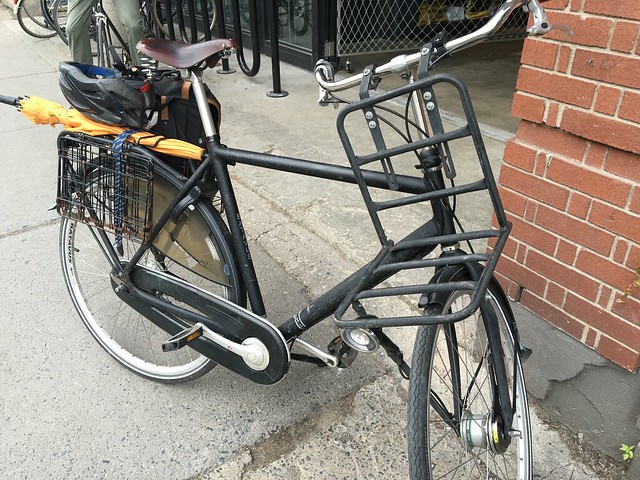 Bikes built in the Dutch style often include a crossbar or top tube, like on this bike. 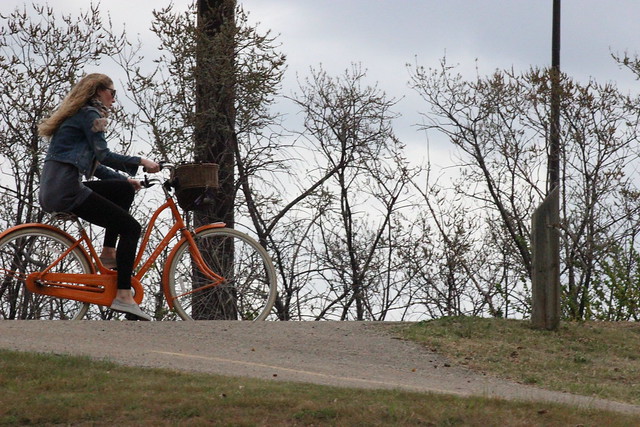 These comfort bikes built lacking at crossbar are sometimes marketed to women.

Us North Americans who are older than six tend to call such bikes “step-throughs” because you don’t have to stretch your leg over that bar. And there is still be some lingering gender baggage around bike frame shape. Step-throughs were once seen as a “women’s” style, while crossbars were found on “men’s” bikes.

The recommendation came out of traffic safety organizations Veilig Verkeer Nederland (VVN) and TeamAlert. When you read the fine print (or, if you are sadly unilingual like me, infer from the fine print from a Google-translated report, after Lloyd Alter of Treehugger spotted the report), the recommendation is logical. Bikes with crossbars tend to force riders to lean forward to reach the handlebars, which means they are more prone to head blows in collisions.

Here in North America, this proposal is a non-starter. We’re just starting to get people on bikes, so I can’t imagine a serious movement to start banning certain styles.

But the dangers of crossbars are worth thinking about for another, more fundamental reason. The North American bike of choice for several generations for both genders have not just been those with crossbars, but those that are explicitly designed for speed and control. Both mountain bikes and road bikes force riders into low aggressive positions because that makes them go faster.

Such bikes have proven so popular that even those people who aren’t looking to ride for speed have defaulted to similar styles. Even bikes that aren’t targetted directly to the athletic crowd, such as “hybrid” bikes and “commuter” bikes, and even fixies, share the same geometry: rider leaning forward, off-kilter centre of balance. 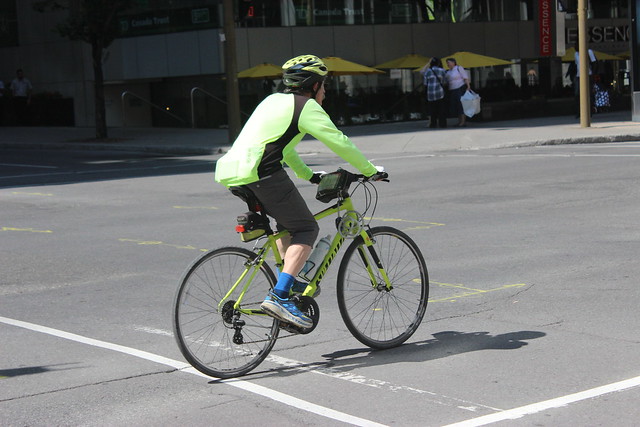 Bikes like this, sometimes called commuter bikes or hybrid, because they blend elements of road and mountain bikes, often force riders into a more aggressive, athletic body position. That can be good in some cases, but not all.

Compare that to the traditional “womens” Dutch bike (if you’ve ever used a bike share, you’ve probably ridden a step-through frame of this style). Body position on this type bike is completely different. This is what that Dutch study was referring to. It’s easy to see how a collision while sitting upright in this position would be less dangerous to the noggin than one in which your centre of gravity is precariously hovering over the frame, rather than your feet. 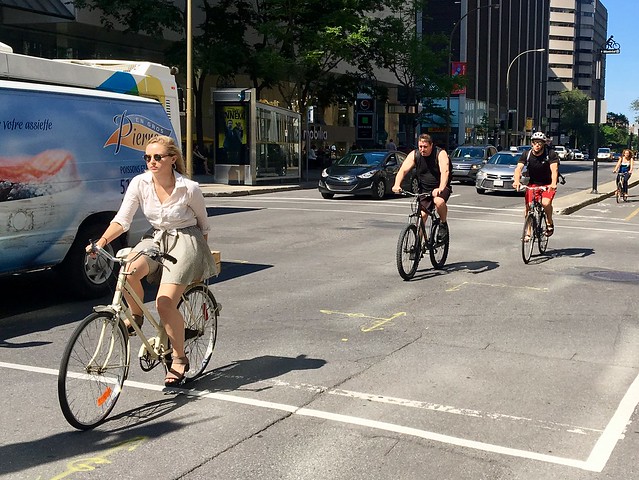 You can see a difference in body position between the woman on the step-through frame at the left and those riding behind, who are leaning more forward.

Could this have something to do with the perception of cycling as a dangerous activity in North America? That may be a bit of a stretch (forcing people to ride bikes beside legions of car drivers who hate them is probably a tad more relevant), but if you are a casual, sporadic cyclist lacking confidence and all of your experience is on a frame built for athletics, I’m willing to be you’d be less willing to get back on a bike, especially if you were ever involved in a crash.

It’s subtle, but these experiences on a bike do colour our perceptions of cycling. If you’ve never ridden a step-through frame before, you probably have no idea how safe, slow and comfortable riding a bike can be.

The authors of the recommendation were wise enough to point to other studies have shown that one of the most injurious parts of riding a bike as people age is simply mounting and dismounting, a problem the step-though frame goes a long way to solving.

This isn’t a plea to ban crossbars or athletic bikes or anything like that. It’s simply a reminder that there are other ways to ride than how most North Americans do it, and it can be a completely different experience. So maybe swe don’t need to ban the crossbar, but it’s time to start thinking beyond it.