A reader recently asked a question recently that got me thinking: If conditions are ripe for cycling, why bother adding bike infrastructure?

The question came out of my recent post from Yellowknife in which I mused about the city’s potential as a great bike town thanks to its wide streets, slow traffic and hearty residents. If all those qualities already exist, she asked, why the hell would it need bike lanes? 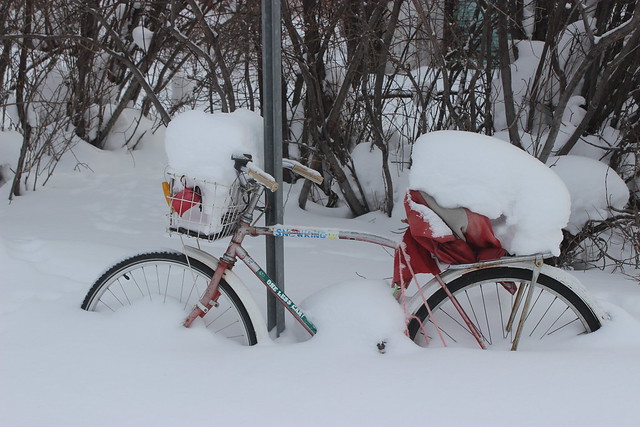 I was pondering that question when a few pieces of news dropped recently related to pedestrians.

First was a new report that found the number of pedestrians being killed by cars has grown in recent years. The counter-intuitive nature of this assured it a place in the news: As technology makes motor vehicles safer – especially with the promise of self-driving cars on the horizon – we are somehow managing to kill increasing numbers of people simply walking down the street (and don’t go blaming “distracted pedestrians,” the report made a point of sharing blame with excessive motor vehicle speed and distracted drivers).

I was ready to lump this statistic into my repository of horrific-yet-underappreciated news about car culture when I came across another stat that was new (to me): a report that laid even more bare the shocking nature of those pedestrian-fatality statistics. The number of people who are walking on city streets in North America has been on a 30-year decline (the study found the much heralded 70 per cent decrease in child pedestrian fatalities since 1969 also corresponded with a 67 per cent decrease in the number of kids walking to school). Which means we’re killing pedestrians at increasing rates, even as the number of pedestrians is small and falling.

This is yet another example of the mind-boggling apathy we have toward the carnage of motor vehicles, but what does it have to do with bikes? One word: Perceptions.

Despite the seemingly dire situation we are putting pedestrians in, most people, I’m willing to bet, would classify walking down the street as something safe. Sure, everybody acknowledges that getting hit by a bus can happen at any time (hell, we even have an expression about the rarity of “getting hit by a bus”), but rare is the person who would choose to avoid sidewalks out of fear of their safety. 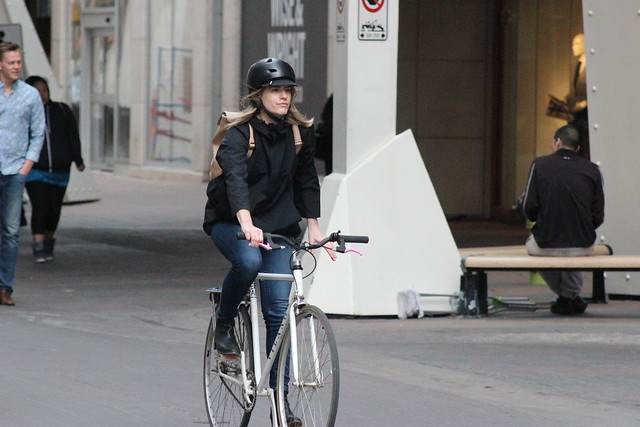 Similarly, the risks of driving a car are also accepted as part of life by most urban dwellers, even though driving comes with risk. Rare too are those who refuse to drive because of the danger.

Yet when it comes to cycling, masses of people still refuse to ride in urban settings because they fear for their safety, even though statistics prove that riding a bike is about equal in risk to walking down the street.

I’ll leave it to the psychologists to unpack the reasons behind our fear of riding a bike, but this fear helps explain, at least a little bit, both the success, and need, for safe and protected bike infrastructure.

Bike lanes, when well built, usually reduce the number of collisions between bikes and cars (they also, as a side benefit, tend to decrease collisions between drivers and pedestrians, and drivers and other drivers too). But that only goes so far in explaining why they also tend to draw out more people on bikes. The other reason is that protected bike lanes simply feel safer. In this case, the perception of safety may be just as important as safety itself.

So, sure, you could argue there’s little added safety benefit to spending tax dollars on bike infrastructure in a small city like Yellowknife that is already pretty bike friendly. But I’m willing to bet that a minimum grid of well-built bike infrastructure would encourage more tentative cyclists to ride regularly simply because it makes them feel good.

With all the added benefits that come with cycling – healthier people, more efficient transportation system, better street life – that feeling alone may be worth the price of the investment.

Here’s why people ride their bike to work