“Postholing” is a new cycling verb I learned this week, defined to me as I lay prone in three feet of light powder at -26 C in the sub-Arctic taiga of northern Canada.

For the record, the word describes what happens when your foot sinks deep into snow, as any showshoer (sans snowshoe) knows. When it comes to fatbiking, however, it tends to occur along a packed trail when you slow to a stop and place a foot down into the adjacent powder that looks only a few centimeters deep, but is, in actuality, up to your crotch. Your foot sinks deep into what now looks like a hole dug for a fence post, and the rest of your body follows, sprawling into the powder. Laughter, usually, ensues. 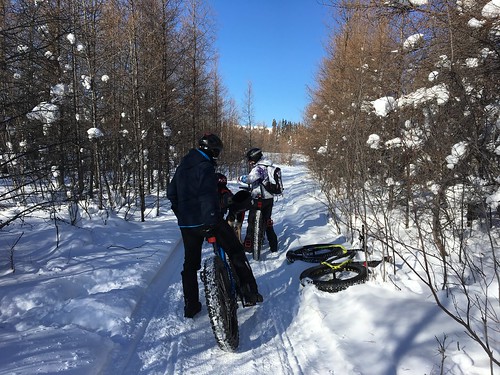 That was only one of the things I learned on a recent trip to Yellowknife, the capital of Canada’s Northwest Territories, a city of 20,000 that hugs the shores of the massive, frozen (at least it was when I was there) Great Slave Lake. I was invited by David Stephens or Boralis Bike Tours Unlimited (go book a guided fat-bike trip with him right now, especially if you want to take the last-ever trip down the ice road to Arctic coast) to speak about winter cycling, but it’s entirely possible I learned more from Yellowknifers than I could ever hope to teach them.

Yellowknife is an idiosyncratic, oft-overlooked, and completely charming, aberration. Outsiders may think this place shouldn’t exist, with its harsh weather, unforgiving environment, and isolation, but that shows what outsiders know. Yellowknife is a vibrant, diverse, endlessly surprising place. Lured by the promise of adventure, people from all over the world make their homes here, giving life to heritage shacks built into ancient bedrock and houseboats socked in by ice for half the year. 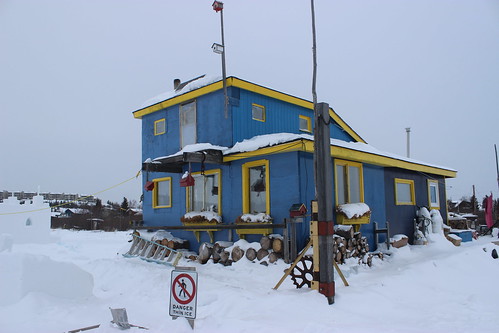 And even in mid-March, when a temperature of -15 C was greeted as a heat wave, there are people everywhere outdoors enjoying the season, even on bicycles.

Yes, even here, perhaps the least likely place in the world to think about riding a bike, people have found that two wheels can be a key to a better life. In fact, Yellowknife has some qualities that make it a great place for bikes. Here’s a list I’ve been keeping: 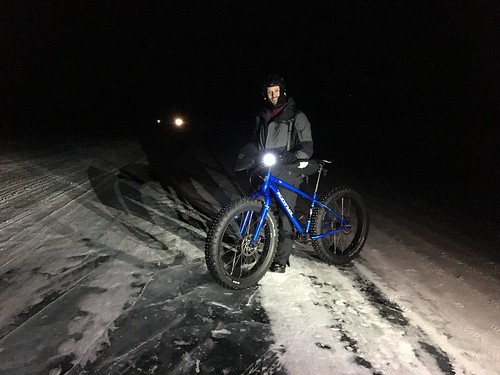 But what I found most inspiring here was the way Yellowknifers deal with winter. Unlike farther south, I rarely heard people complain about the winter. Some have simply accepted it as a reality of life in the north, but most people I encountered told me they actually enjoy it. They were quick to offer tips about staying warm, they showed off clothing and tricks that I had never encountered before, and the city is full of fun events to get people enjoying winter.

Stephens even organized my speaking engagement in the great hall of the Snowking’s snow castle, an amazing structure built of packed snow (don’t you dare call it an “ice” castle) that is the locus of a month-long winter festival. So, in other words, I delivered my speech in a snow castle on a frozen lake, which I feel confident saying would not happen anywhere else. 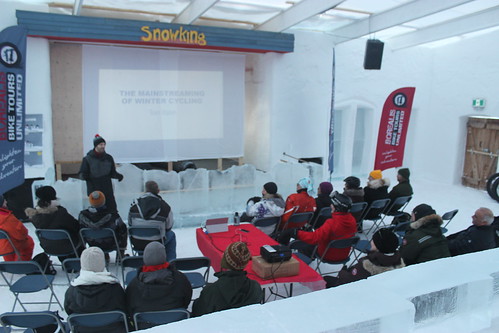 This is the kind of attitude that primes a community to year-round cycling. There’s a core group of people in town who have already seen the benefits, but I’m willing to bet a little nudge would encourage a whole raft of other people to give it a try. Some safe bike infrastructure, a commitment to maintaining bike routes all year, some reliable bike parking locations and even some support of the local fatbiking community would go a long way. 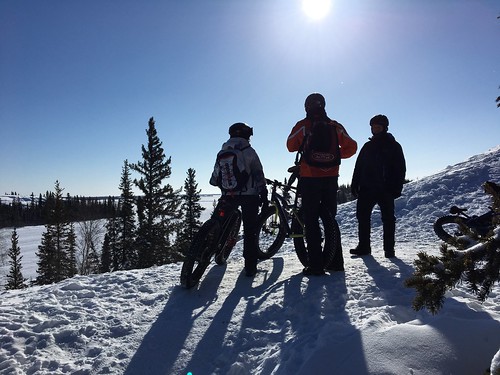 After all, people who have verb to describe a specific way of falling into the snow are probably well on their way to a more bike-friendly life already.