What I’ve noticed about bicycle riding in the city is the city. This is especially true and vivid in parts of the city that have protected cycle tracks. I notice more of my city on my bike. The open architecture of the bicycle makes this possible. The safe infrastructure of a bike lane can make it quite real.

My friend Chris has an engineering mind. He says it’s an equation: Fewer perceived vehicle threats from fewer directions equals more time to feel happy and have the city strike you. In a good way. This formula is why I love pedalling my bike on the Oliverbahn in Edmonton. The Oliverbahn is a stretch of protected, treed, life-lined bicycle lane that runs along the north side of 102 Ave in Edmonton’s Oliver neighbourhood. There’s a lot of city to notice and consider on the way to and from Edmonton’s downtown core.

Here’s what I noticed today. 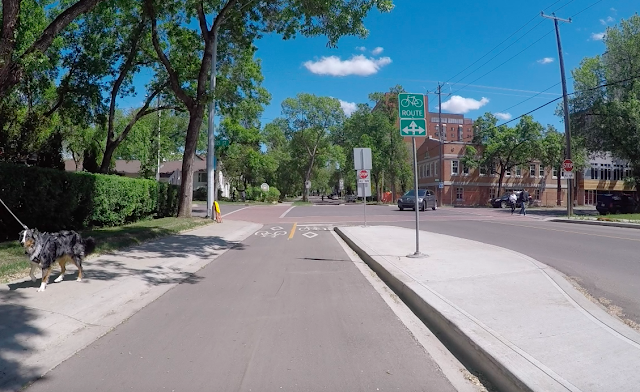 A neighbourhood that provides space for pedestrians, bicycle riders, bus passengers, motorists, and, with all the stately elm trees, birds. 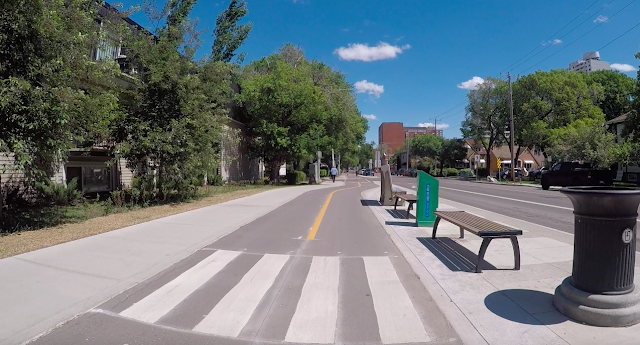 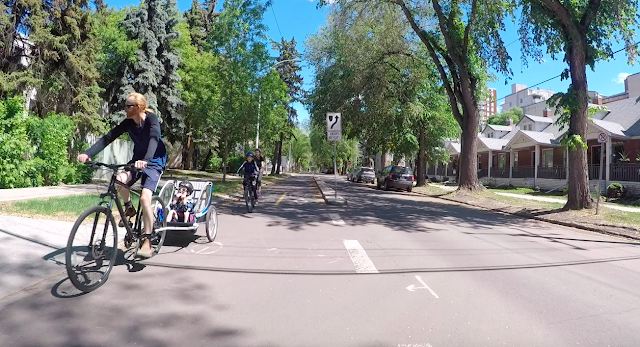 Homes for fans of Hobbiton. 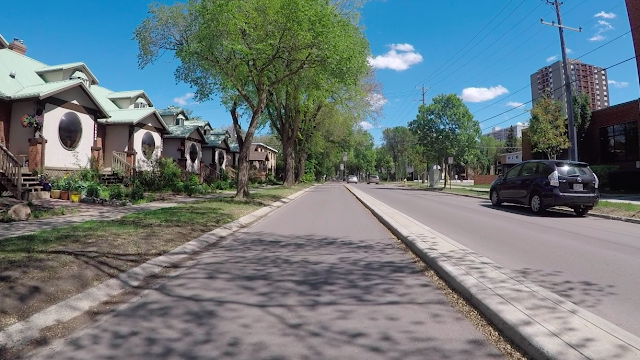 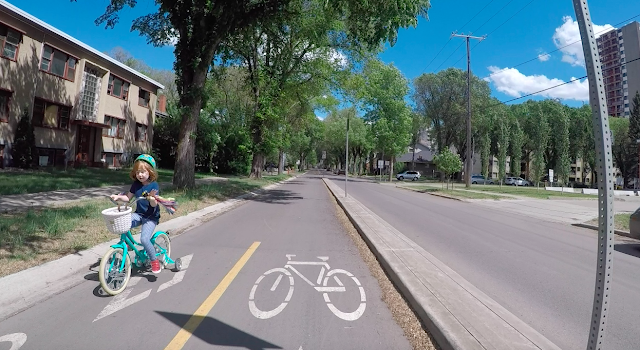 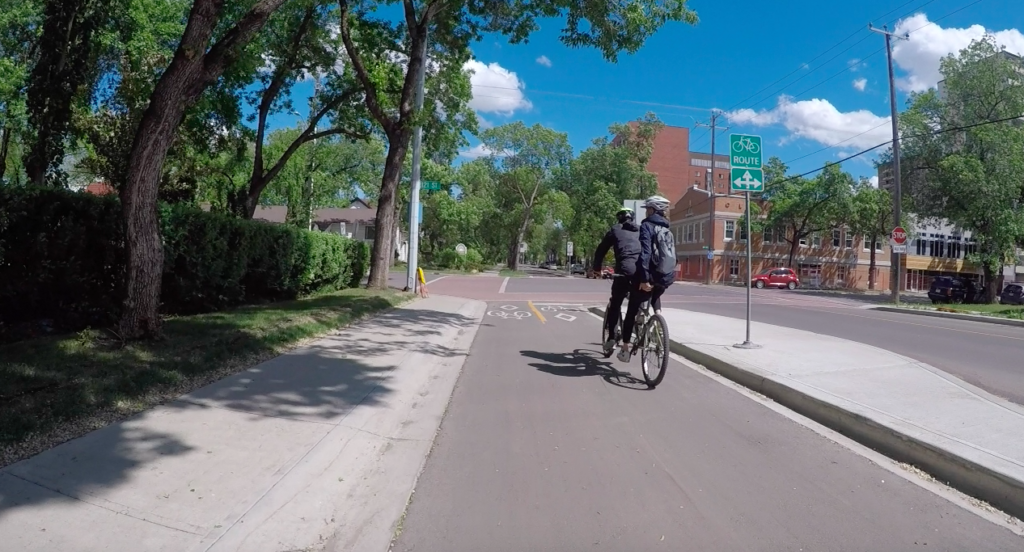 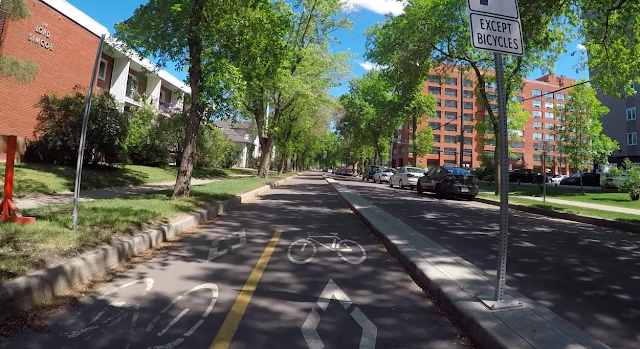 Trees with bark and bite. 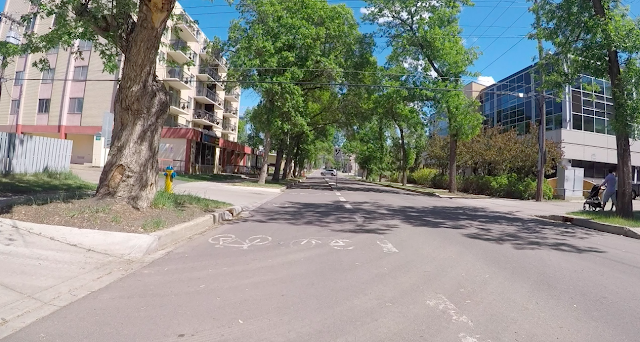 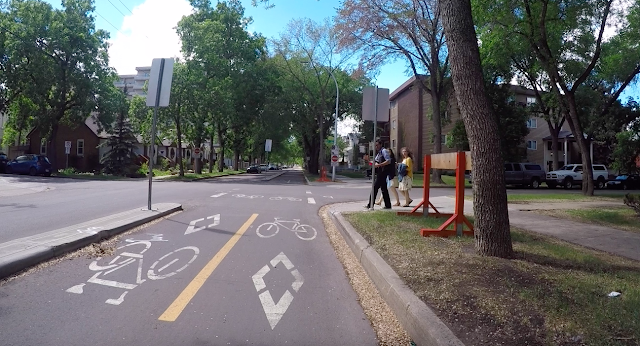 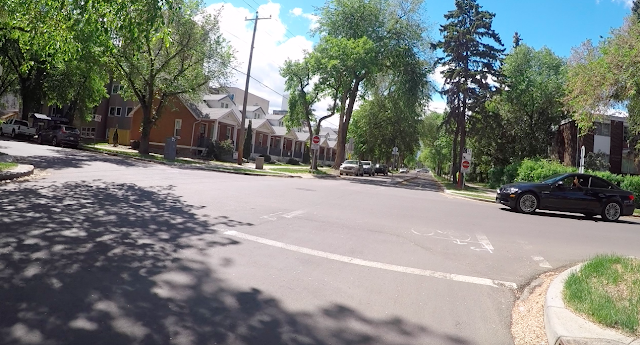 A boy who says “cool bike” to his mom about me and hears me say “cool bike” right back to him. 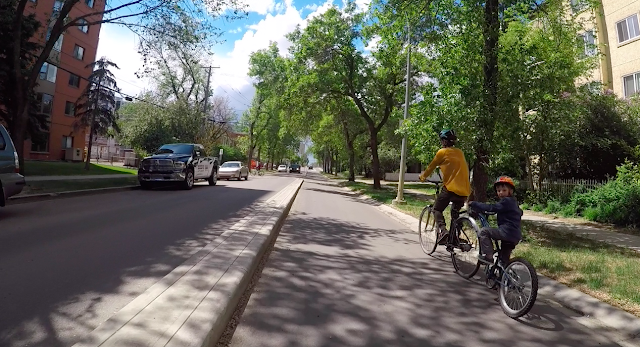 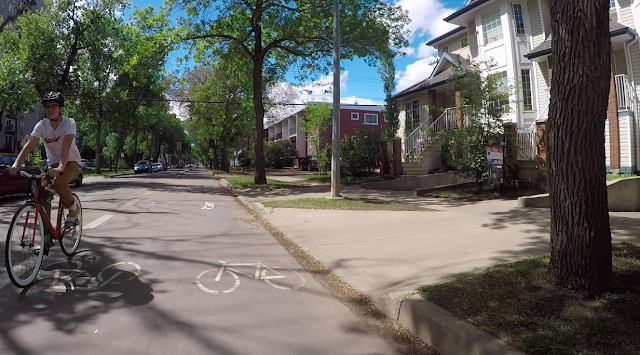 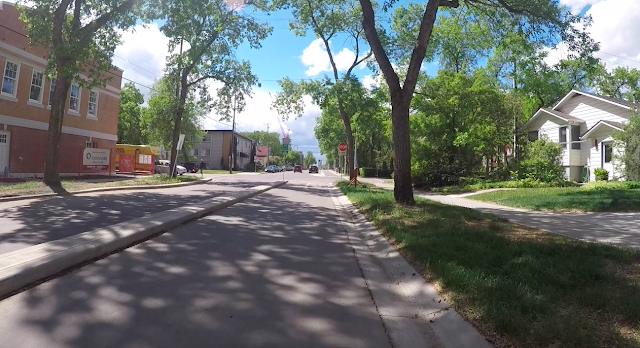 Signed but self-regulated intersections that reveal where we’re at with each other: 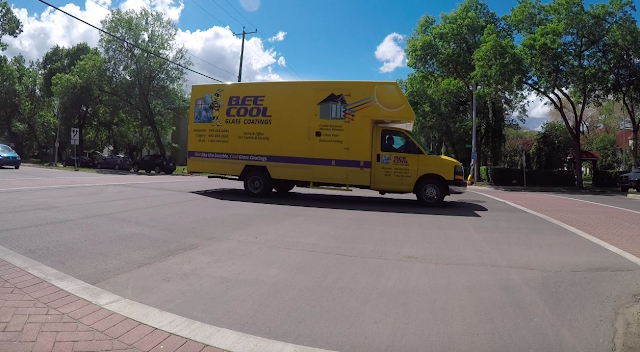 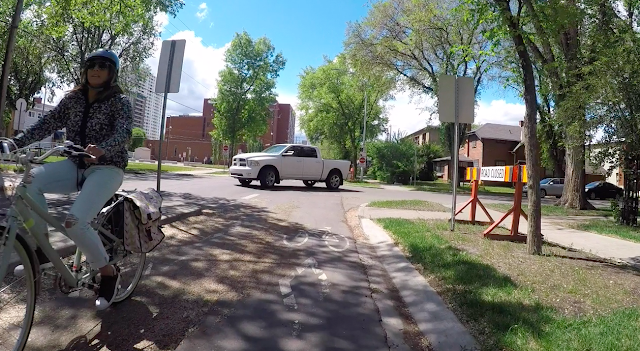 A tipi above the hedgeline in the Christ Church yard: 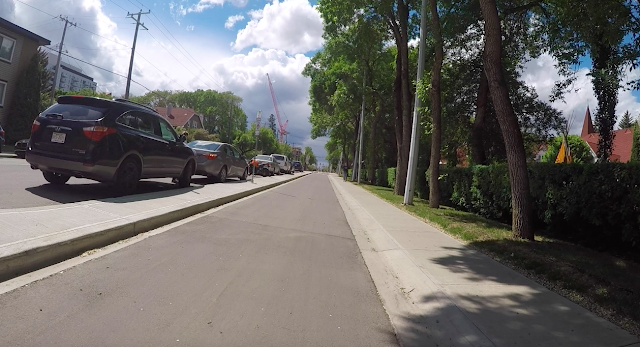 At the end of the story, a wedding: 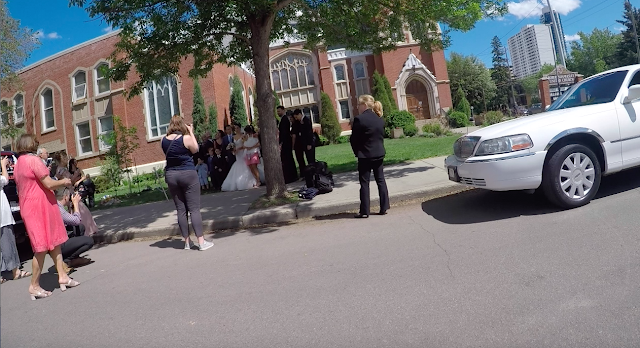 With a bicycle in the picture ? 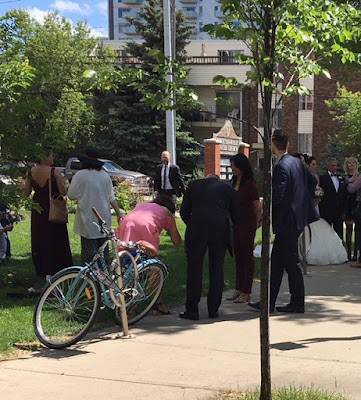 A version of this post originally appeared on Glenn’s blog. Check it out here.
CitiesCycle TracksEdmontonProtected Bike LanesUrban Planning

7 ways to choose the right route for your bike commute