The rant was so out of touch as to be almost quaint. Earlier this month, Canadian Sen. Nicole Eaton, 71, went on a Twitter campaign  against cycling in Toronto, criticizing the construction of bike lanes using the same old arguments that are often thrown around by uninformed reactionaries: Nobody rides a bike, cyclists don’t obey the laws, and bike lanes begrime cities.

What made Eaton’s rant especially rich was its unique combination of laughable ignorance (she tweeted that wasting money on bike lanes was unbecoming of a global city such as New York, London and Paris, which are all actually chock full of cyclists and bike infrastructure) and it’s low-hanging-fruit hypocrisy (Canadians find it ironic to hear tax-fighting arguments from a senator, when the Senate is a largely symbolic piece of government stuffed with elderly patronage appointments who have a horrible history of wasting taxpayer money on enriching themselves). 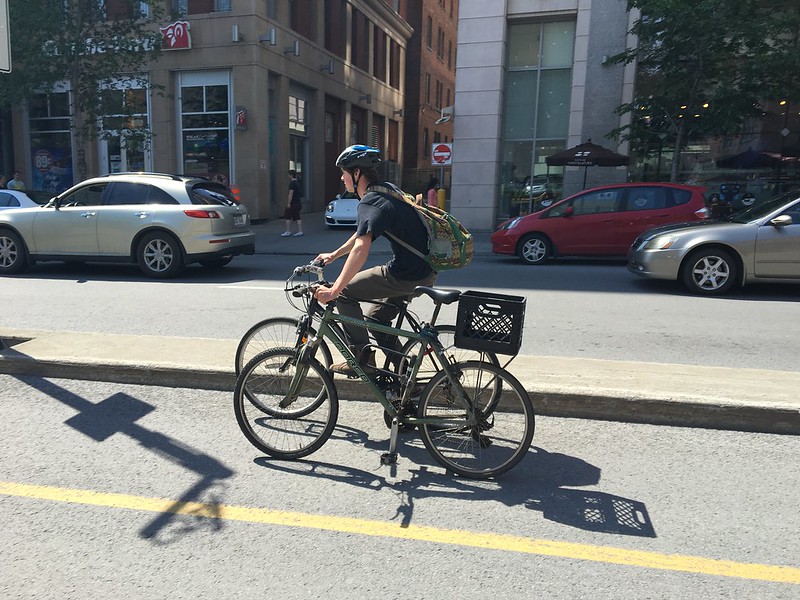 Still, Eaton’s rant wasn’t the first, and it won’t be the last. So in the name of public service, we’re here to offer some help. Below are some answers to common misinformed anti-bike criticisms, presented in handy wallet-card format. So if you’re a politician or public figure who has yet to embrace urban cycling, print this card, laminate it, and put it in your wallet or purse. Whenever you are tempted to go on a ridiculous anti-bike rant, pull it out and read the answers before opening your mouth or tweeting. Not only will this save you some embarrassment (and your Twitter account, poor old Sen. Eaton has now deleted hers), it might just elevate the debate over cycling.

The folly of paint: Is it time to give up on painted bike lanes completely?